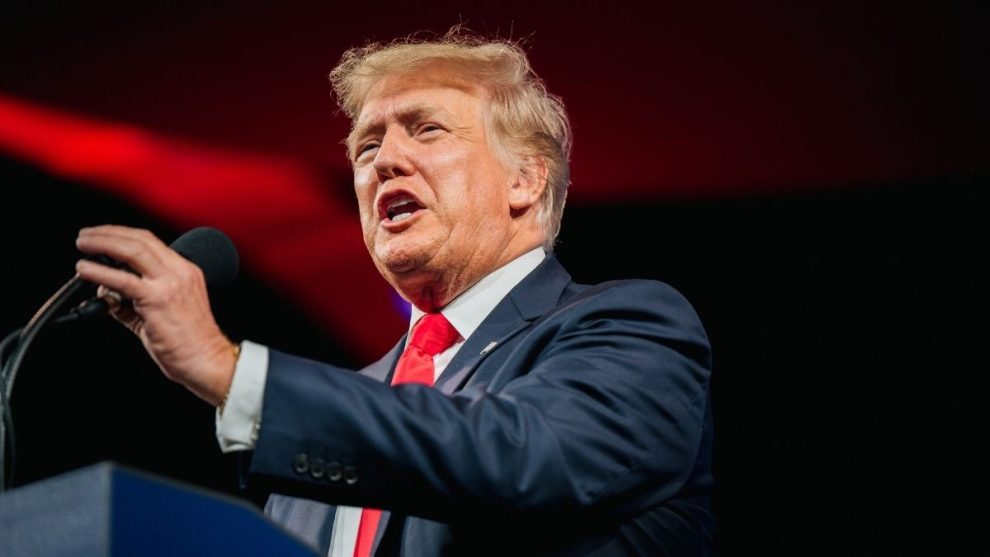 Former President Donald Trump said on Monday that he will not return to Twitter — which permanently banned him last year — after Twitter’s board of directors unanimously approved the sale of the company to Elon Musk.

Trump told Fox News that he is “not going on Twitter” and that he is going to join his own social media platform, Truth Social, sometime in the next week and that he’ll be busy “Truthing.”

Trump claimed that he is “taking in millions of people” to his new platform despite the app having “seen its downloads plunge so low that it has fallen off the App Store charts,” The Washington Post reported earlier this month. “The app, which was downloaded roughly 200,000 times on its launch day, plummeted to an average of 10,000 installs a day last month, according to estimates from the analytics firm Sensor Tower.”

“The bottom line is, no, I am not going back to Twitter,” Trump said, later adding that the platform was “boring.”

When asked if Musk, the world’s richest man, buying Twitter would be a competitor for Truth Social, Trump responded, “I don’t view that as a competition for what I am doing.”

Trump said that Truth Social was about being “a platform for my voice and for my supporters” and that anyone could join, regardless of their political views.

“Shares of Digital World Acquisition Corporation, the controversial blank-check firm that plans to merge with Trump Media & Technology Group, fell 13% on Monday to close at $35.71,” CNN reported. “Since the final trading day before Musk surprised Wall Street by saying he had amassed a stake in Twitter, Digital World has lost 44% of its value.”

Twitter announced earlier in the day that it had entered a definitive agreement to be acquired by Elon Musk for $54.20 per share in a deal valued at $44 billion.

“Under the terms of the agreement, Twitter stockholders will receive $54.20 in cash for each share of Twitter common stock that they own upon closing of the proposed transaction,” Twitter said in a statement. “The purchase price represents a 38% premium to Twitter’s closing stock price on April 1, 2022, which was the last trading day before Mr. Musk disclosed his approximately 9% stake in Twitter.”

The company announced that Musk secured $25.5 billion of fully committed debt and margin loan financing and is providing a $21 billion equity commitment.

Musk released a statement when the sale was announced that outlined his mission for the company.

“Free speech is the bedrock of a functioning democracy, and Twitter is the digital town square where matters vital to the future of humanity are debated,” Musk said in a statement. “I also want to make Twitter better than ever by enhancing the product with new features, making the algorithms open source to increase trust, defeating the spam bots, and authenticating all humans. Twitter has tremendous potential – I look forward to working with the company and the community of users to unlock it.”