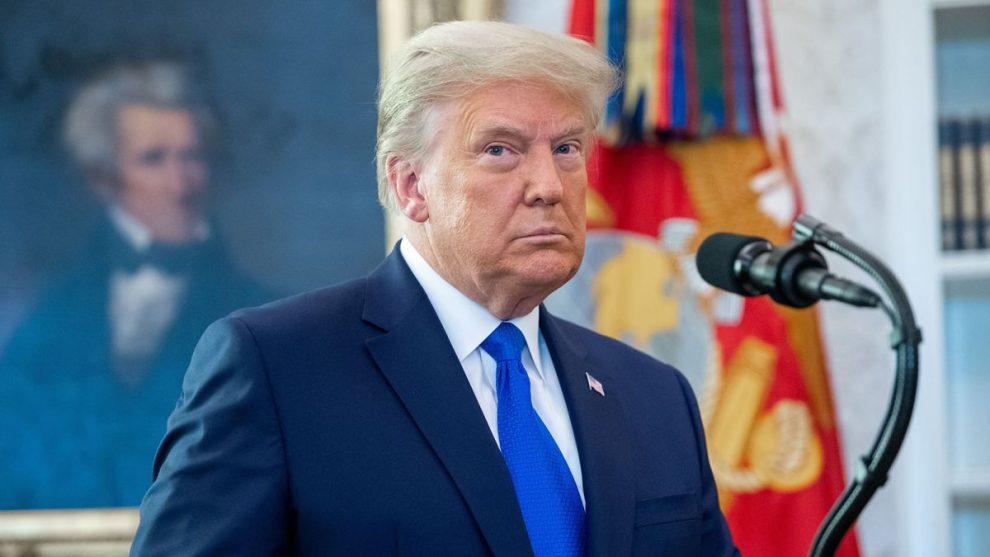 Former President Donald Trump on Thursday afternoon posted a photo of himself in the House speaker’s chair after he was nominated by Rep. Matt Gaetz, R-Fla., and received two votes.

The photo posted on Trump’s Truth Social network is digitally altered to show Trump in the House speaker’s chair with President Joe Biden delivering a State of the Union address. Vice President Kamala Harris is seated behind Biden alongside Trump.

But rather than the typical serious look the speaker typically gives during the president’s speech, Trump is sticking out his tongue and is holding his hands on his stomach.

Former Speaker Nancy Pelosi, D-Calif., famously ripped up her copy of Trump’s speech at the end of one of his addresses while sitting in the same chair.

Voting for the speaker position was on its third day on Thursday with a group of holdout Republicans refusing to throw their support to Rep. Kevin McCarthy, R-Calif. House rules do not require the speaker to be a member of the House though no nonmember has ever been elected.