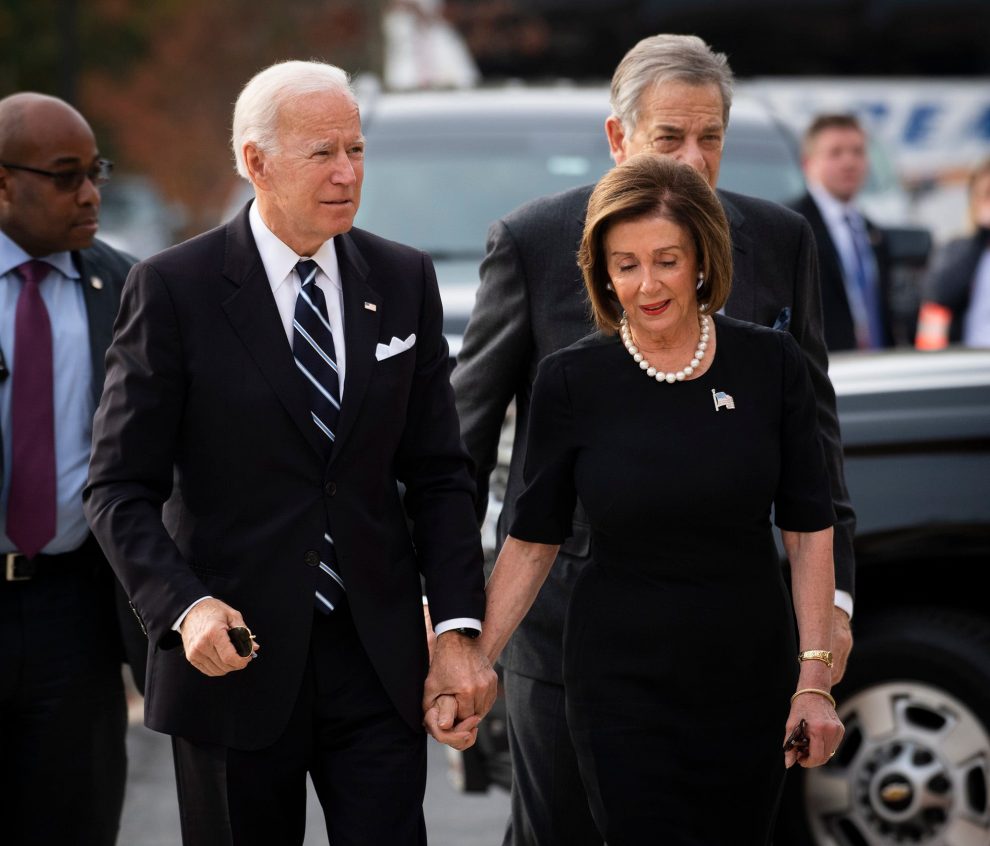 President Trump speculated House Speaker Nancy Pelosi’s bill that seeks authorization for Congress to determine whether a president is fit for office is all about Joe Biden.

Trump talked to conservative radio host Rush Limbaugh in a Friday afternoon interview about the legislation, which would appoint a 17-member commission of experts who would determine if the president is capable of remaining in office.

“Lets assume the Democrats are going to vote for sleepy Joe, which is ridiculous because Joe shouldn’t be a candidate, Joe’s in no condition to be a candidate. … the 25th Amendment that crazy Nancy is playing around with — she’s gone crazy, she’s a nut job — but this 25th Amendment,” the president explained. “I think they put it in so they can get Kamala in,” he said referring to Biden’s running mate, Sen. Kamala Harris.

Limbaugh was quick to agree with the president’s assessment.

“Exactly, that’s exactly what it is. It’s a trial run to see if they can kick Biden out,” the host said. “That’s exactly right sir, it’s not aimed at you.”

Trump then added, “That was the first thing I thought of.”

Earlier in the day, Pelosi insisted the bill is “not about” Trump.

“We would like to have it in place for future presidents,” the California Democrat said, adding that it would apply to Trump if he wins in November. “It’s not about the election at all. The timing is for now because people want to know. Based on a medical decision with the full involvement of the vice president of the United States.”

The president, still recovering from COVID-19, is on a media blitz on Friday, appearing on Limbaugh’s show with scheduled appearances on Mark Levin’s radio show and Tucker Carlson Tonight on Fox News.