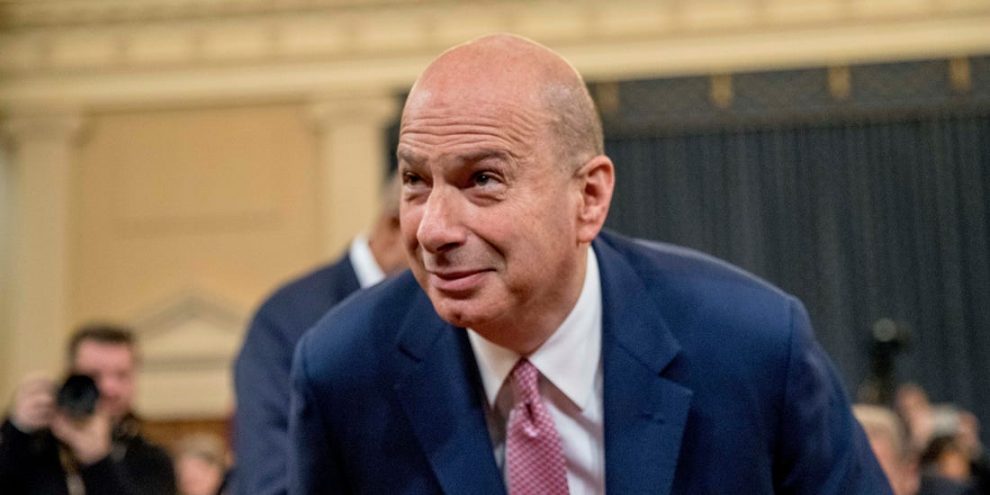 U.S. Ambassador to the European Union Gordon Sondland, who testified about President Trump’s Ukraine dealings during the House impeachment hearings, said Friday he had been recalled from his overseas position, hours after a National Security Council aide who testified against the president was also fired.

“I was advised today that the president intends to recall me effective immediately as United States ambassador to the European Union,” Sondland said.

Sondland’s recall follows the dismissal of another impeachment witness, Lt. Col. Alexander Vindman, who was fired  by the National Security Council and escorted off of the White House grounds on Friday.

The moves come just two days after Trump was acquitted in the Senate on two articles of impeachment brought by the House last year over his dealings with Ukraine.

With Sondland and Vindman out, eight of 12 officials who testified publicly during the impeachment hearings have left their roles, been fired, or reassigned.

“I am grateful to President Trump for having given me the opportunity to serve, to Secretary Pompeo for his consistent support, and to the exceptional and dedicated professionals at the U.S. Mission to the European Union,” Sondland said Friday. “I am proud of our accomplishments. Our work here has been the highlight of my career.”

In November, Sondland tied top officials to a “potential quid pro quo” involving U.S. military aid to Ukraine and investigations desired by Trump during his highly anticipated impeachment hearing testimony – yet said he never heard that link from the president himself.

The impeachment inquiry was sparked by a whistleblower’s complaint about Trump’s July 25 call, in which the president asked Ukraine President Volodymyr Zelensky for political investigations – including involving former Vice President Joe Biden’s family — at the same time U.S. military aid for the ally was stalled.

Sondland was a Seattle hotelier and major donor to Trump before being tapped to serve in Brussels.

Democrats expressed outrage over the dismissals.

“Those who suggested President Trump’s behavior would improve following his impeachment have been proven wrong,” said New Jersey Democratic Sen. Bob Menendez, the ranking member of the Senate Foreign Relations Committee. “I sincerely hope that all members of Congress condemn this latest reprehensible, yet sadly predictable conduct by President Trump.”

Vindman was on detail to the National Security Council from the Department of Defense, and it is expected he will return there. Vindman’s attorney, David Pressman, confirmed that Vindman had been escorted out of the White House on Friday.

“There is no question in the mind of any American why this man’s job is over, why this country now has one less soldier serving it at the White House,” Pressman said. “LTC Vindman was asked to leave for telling the truth. His honor, his commitment to right, frightened the powerful.”

A senior administration official also told Fox News that Vindman’s twin brother Lt. Col. Yevgeny Vindman has also left the National Security Council. Yevgeny Vindman was assigned to the office that vetted publications like former national security adviser John Bolton’s book – though he has said he was not involved in the vetting of the Bolton manuscript.

Trump, when asked about Vindman on Friday, told reporters that he was “not happy with him.”

“You think I’m supposed to be happy with him? I’m not,” Trump said, adding that a decision would be made soon.

Trump Signals He Will Move To Replace Ginsburg ‘Without Delay’ Biden finally condemns Antifa, violence after Trump calls him out. Senate Republicans Signal Openness To Working With Biden

Meanwhile, Defense Secretary Mark Esper appeared to welcome the speculation that Vindman could be reassigned back to the Pentagon.

“We welcome back all of our service members wherever they served to any assignment they’re given,” Esper told reporters Friday. “[A]s I said, we protect all of our persons, servicemembers from retribution or anything like that. We have already addressed that in policy and other means.”

Vindman was an important witness for Democrats during the House impeachment inquiry. Vindman raised concerns over Trump’s July 25 phone call with Zelensky.

During Vindman’s testimony before the House Intelligence Committee, he drew applause after expressing his love for America, when asked how he overcame his fear of being retaliated against.

“Congressman, because this is America. This is the country I have served and defended, that all of my brothers have served. And here, right matters,” Vindman said. “I knew I was assuming a lot of risks. [My father] deeply worried about [my testimony]. Because in his context, it was the ultimate risk.” 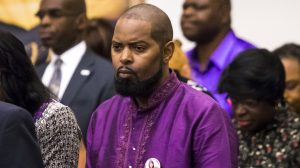 Pelosi: ‘Mother Earth Is Angry — She’s Telling Us with Hurricanes on the Gulf Coast, Fires in the West’ 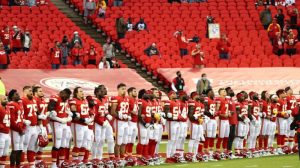