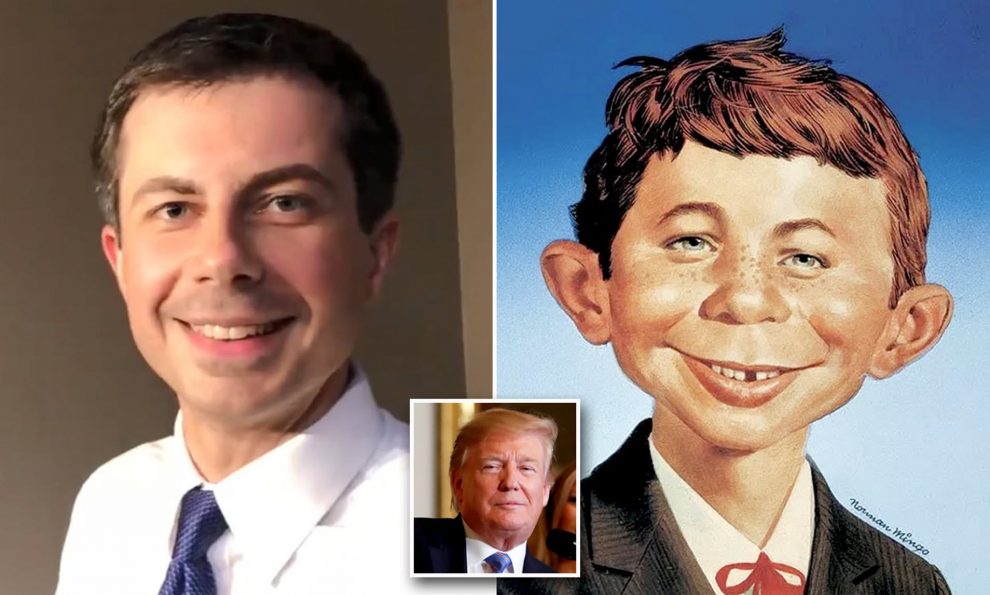 In an interview with Politico published Friday, the president compared Buttigieg, who is the mayor of South Bend, Indiana, to the famous MAD magazine character — as if to say, “What, me worry?

A spokeswoman for the Buttigieg declined to comment. Buttigieg said on Wednesday, “You can’t get too worried about the name-calling and the games he plays.”

Trump also commented on the performance of former vice president Joe Biden, whom he called “Sleepy Creepy Joe” in a tweet earlier that day.

“I look at it like my race,” Trump told Politico, referring to Biden’s sudden dominance of the Democratic Party field.

Looks to me like it’s going to be SleepyCreepy Joe over Crazy Bernie. Everyone else is fading fast!

Biden currently leads in each of the three most consequential early primary states: Iowa, New Hampshire, and South Carolina.

But the primary is only just beginning, and on Friday, California’s Governor Gavin Newsom said that Biden would have to work hard to win his state, suggesting that Sen. Kamala Harris (D-CA) had home turf advantage in the delegate-rich Golden State contest, which has been moved up from June to “Super Tuesday” in early March.