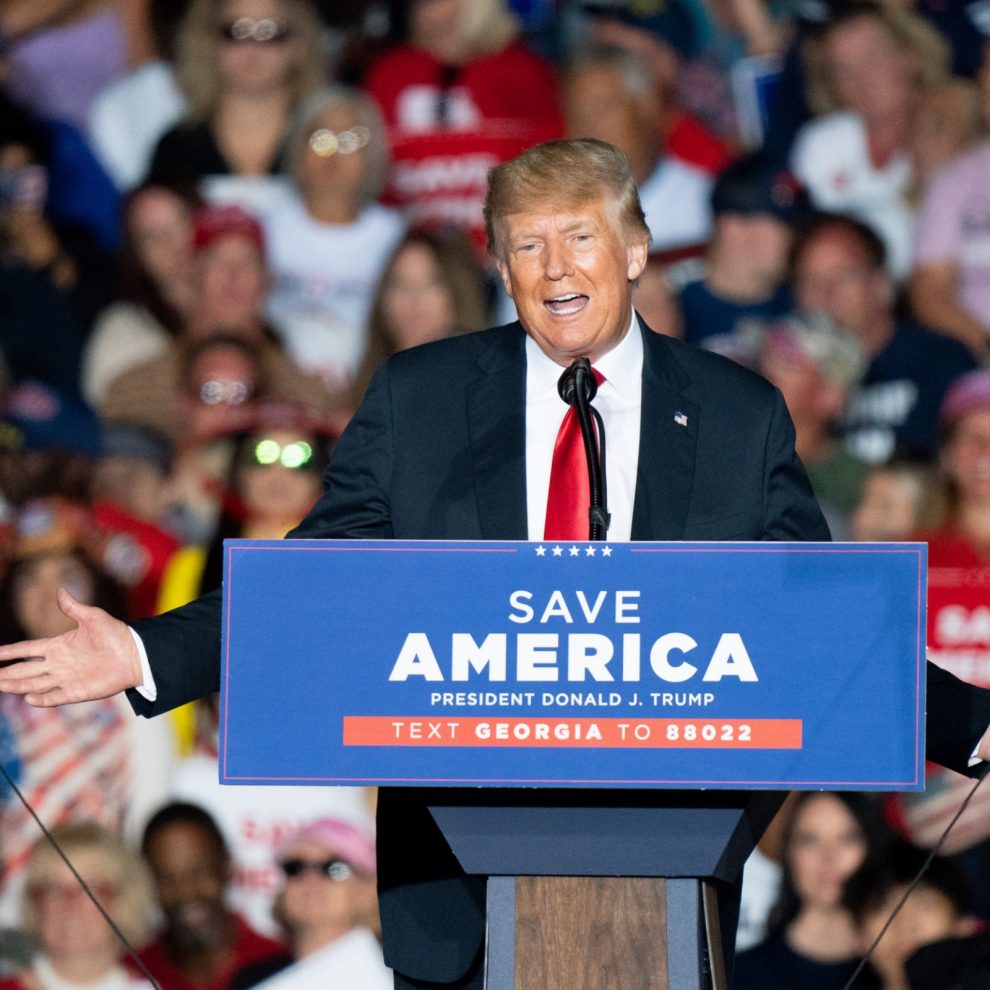 On the eve of the one-year anniversary of the Capitol riot, and with the Biden administration poised to focus on that calendar milestone while COVID-19 cases soar, former President Donald Trump called on the “MAGA nation” to “rise up” against “egregious federal government overreach.”

“The Biden administration’s response to COVID is getting worse every day,” Trump wrote in a pointed statement Wednesday from his Save America PAC. “Joe Biden said, ‘there is no federal solution’ to the pandemic, but he then federalized the distribution of antibodies, and red states are getting the short end of the stick.

“In my administration, we respected the role of governors to take care of their own states, and they could request antibodies and therapeutics depending on what they needed. That’s the way our country is supposed to be run.”

On a parallel COVID track, Trump rebuked Biden, who he says reneged on a campaign promise not to “shut down” the economy or schools in efforts to “shut down” COVID.

The wildly transmissible omicron variant has not only hindered control of the pandemic, virus cases are actually soaring despite mandates and other administration efforts.

“Now, there’s talk by the Biden administration again about closing schools and even vaccine mandates for school children,” Trump’s statement continued. “This is an outrage, and MAGA nation should rise up and oppose this egregious federal government overreach.

“The Democrats are so incredibly mandate happy — there is discussion about a vaccine mandate for school kids this year in Detroit and other Democrat-run places.”

Trump noted mandates were not a part of his administration’s COVID-19 response, something then-candidate Biden once agreed with.

“Our administration did what they said could not be done — vaccines in record time,” Trump’s statement concluded. “But we never issued mandates, and I never would! People should be able to choose how they want to govern their own health. The federal government must be reined in and give the people back the freedom to decide whether they want to be vaccinated or not.

“Joe Biden said he would never issue mandates, but he did it anyway like so many other things.”