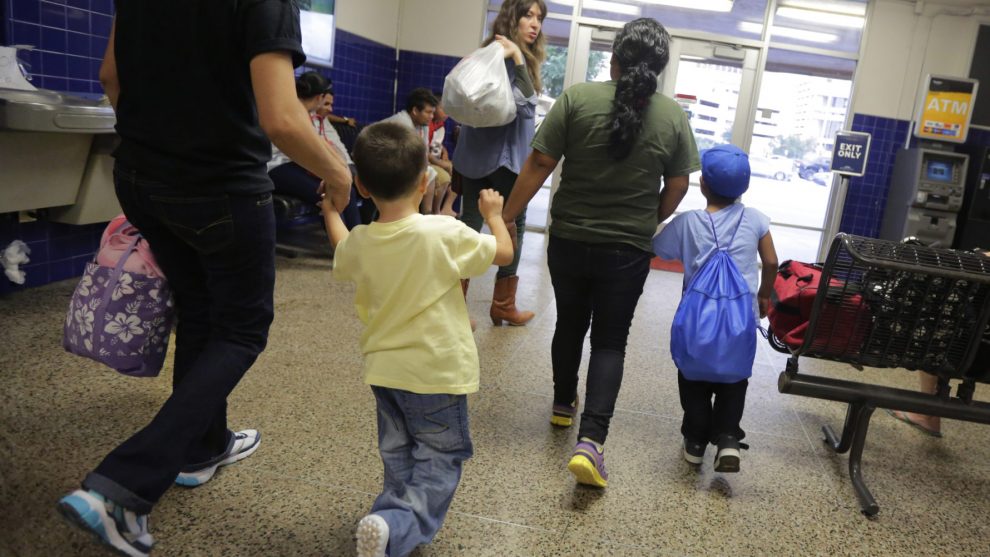 President Trump said Friday that the US would begin dumping illegal immigrants in sanctuary cities across the US — adding that the move would make the “Radical Left … very happy!”

“We are giving strong consideration to having people after a 20-day period, because again you are not allowed legally to hold them for more than that, we’ll move them into sanctuary cities,” the president said at the White House after an unrelated tech event.

The 20-day limit, which the administration had wanted extended, was part of the so-called Flores agreement, which forces the feds to release non-criminal, non-citizens from custody after 20 days.

Trump had earlier tweeted that he was considering making a political point — a day after the White House had firmly denied it.

“Due to the fact that Democrats are unwilling to change our very dangerous immigration laws, we are indeed, as reported, giving strong considerations to placing Illegal Immigrants in Sanctuary Cities only,” he tweeted.

“The Radical Left always seems to have an Open Borders, Open Arms policy – so this should make them very happy!”

On Thursday, a White House official and a spokesman for the Department of Homeland Security said the proposal was no longer on the table.

“This was just a suggestion that was floated and rejected, which ended any further discussion,” the White House said.

But Trump confirmed reports this week that he wanted to transport thousands of asylum seekers to sanctuary cities, to ease the crush at the border and deal Democrats a political blow.

House Speaker Nancy Pelosi — whose district in San Francisco was among those the White House wanted to target — slammed the plan, accusing Team Trump of using children as pawns in their effort to demonize immigrants.

Trump’s revival of the plan of drew was quickly condemned on Friday by Pelosi and other Democrats.

The No. 2 House Democrat, Steny Hoyer of Maryland, criticized the idea of using ICE, the military or any federal agency “to penalize” sanctuary cities “for political reasons.”

“That’s not the act of a democratic government,” he said.

Democrats in the Senate were just as harsh.

“The president should stop the tweeting and start leading on this issue and others,” said Senate minority leader Chuck Schumer’s top spokesman, Angelo Roefaro.

“President Trump has yet again proven that the only constant in his immigration policy is cruelty,” said Mayor Bill de Blasio. “He uses people like pawns. New York City will always be the ultimate city of immigrants – the President’s empty threats won’t change that.”

There are roughly 200 states, counties and cities that have declared themselves as sanctuaries — including New York, Newark, San Francisco, Boston and Philadelphia.