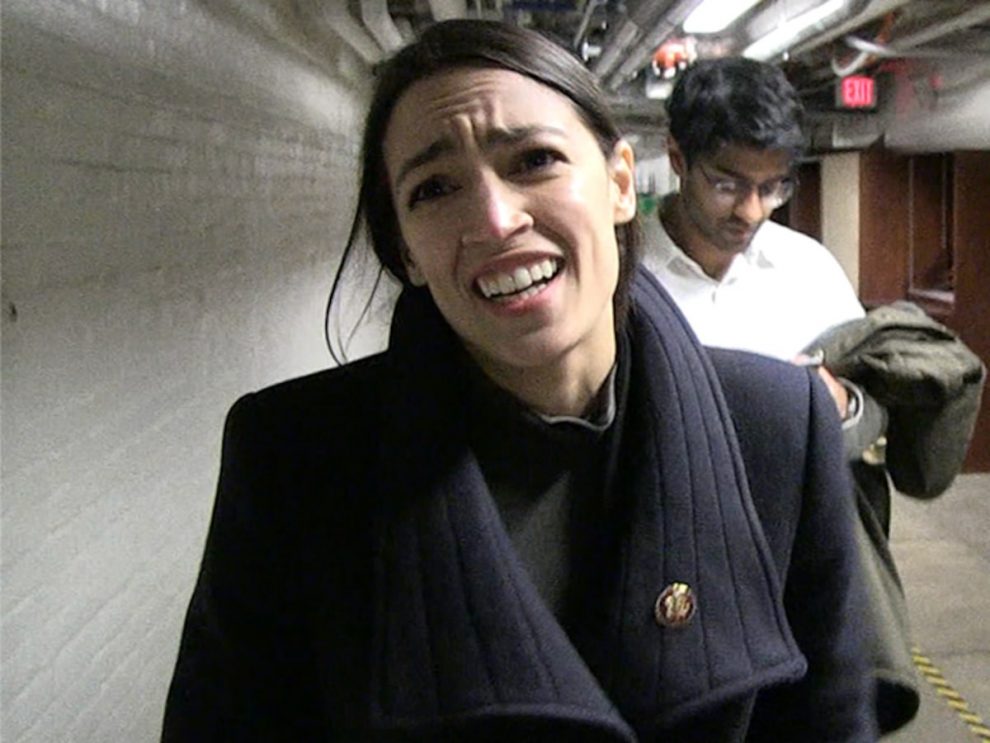 President Trump on Thursday levied a series of personal attacks at prominent female politicians and an MSNBC host, insulting the tone and intelligence of Sen. Kamala Harris (D-Calif.), Rep. Alexandria Ocasio-Cortez (D-N.Y.) and others in the span of just a couple hours.

The president, in tweets and in an interview with Fox Business Network, singled out Harris, Ocasio-Cortez, Speaker Nancy Pelosi (D-Calif.) and “Morning Joe” co-host Mika Brzezinski. Trump chastised each of them in personal terms, continuing days of attacks on Harris after she was named presumptive Democratic presidential nominee Joe Biden’s running mate.

“Now you have a, sort of a mad woman I call her, because she was so angry and such hatred with Justice [Brett] Kavanaugh,” Trump told Maria Bartiromo of Fox Business Network, complaining for a third consecutive day about the senator’s questioning of his Supreme Court nominee in 2018. “She was the angriest of the group, and they were all angry.”

Trump tweeted prior to the interview that Harris was getting a “free pass” from the media before criticizing her tone toward Biden during the Democratic presidential primary.

“There was nobody meaner or more condescending to Slow Joe, not even me, and yet she quickly evaporated down to almost zero in the polls. Bad!” Trump tweeted.

The president also swiped at two of the most prominent Democratic lawmakers in the country during his interview with Fox Business. He targeted Ocasio-Cortez after a lengthy riff about his opposition to the Green New Deal that she has championed.

“AOC was a poor student. I won’t say where she went to school, it doesn’t matter,” Trump said. “This is not even a smart person, other than she’s got a good line of stuff. I mean, she goes out and she yaps. These guys, they’re all afraid of her.”

“Let’s make a deal, Mr. President: You release your college transcript, I’ll release mine, and we’ll see who was the better student. Loser has to fund the Post Office,” she tweeted, with a nod to Trump’s opposition to funding the U.S. Postal Service ahead of the elections in November, when more mail-in ballots are anticipated due to the coronavirus pandemic.

The president also described Pelosi as “stone cold crazy.” The two have not spoken in months after trading barbs in public numerous times.

Trump in a tweet additionally went after Brzezinski in personal terms after championing the ratings of his preferred cable news morning show, “Fox & Friends.”

Brzezinski responded on MSNBC, calling out Trump over his repeated clashes with women who are critical of him.

“What’s your thing with women?” Brzezinski said. “You really have a lot of problems with women, like you’re scared of them or something. I think this Kamala thing has you completely strung out.”

The president’s broadsides against women on Thursday follow days of attacks from him and his allies on Harris in particular, but they also reflect a broader pattern he has shown dating back to his campaign for office.

In an “Access Hollywood” tape leaked during the 2016 campaign, Trump can be heard bragging about groping women without consent; he called then-Democratic nominee Hillary Clinton a “nasty woman”; he has referred to former aide Omarosa Manigault Newman as a “dog”; and he has most recently attempted to appeal to suburban women by calling them “housewives.”

The personal attacks on women also come less than three months before an election where female voters will play a significant role in determining the outcome. Fifty-three percent of white female voters backed Trump in 2016, according to a CNN exit poll.

But a Monmouth University poll released earlier this week showed that Biden leads Trump among women, 61 percent to 32 percent.

The president’s advisers have dismissed the idea that attacks on Harris should be off limits because of her gender.