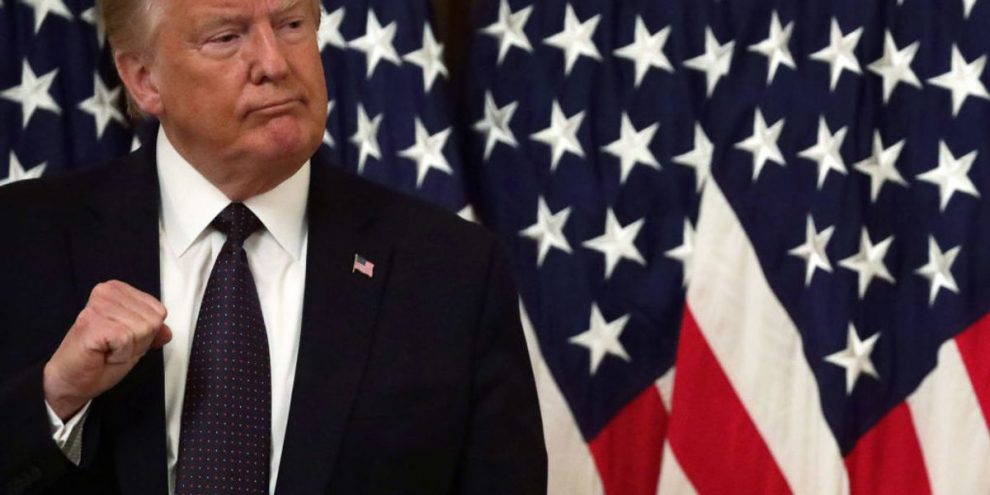 A political science professor is asserting that President Donald Trump has a 91% chance of re-election in November against presumptive Democratic presidential nominee Joe Biden. Stony Brook University professor Helmut Norpoth made this political forecast by using the “Primary Model,” an election prediction model that has a proven track record, including accurately predicting five out of the last six elections.

“The Primary Model gives Trump a 91 percent chance of winning in November,” Norpoth told Mediaite on Tuesday. “This model gets it right for 25 of the 27 elections since 1912, when primaries were introduced.”

The Primary Model, which Norpoth introduced in 1996, predicts that Trump will win the 2020 election by a wider margin than in 2016. The model, which was one of the few prognosticators that foretold a Trump win in 2016, expects to see Trump claim 362 electoral votes in the 2020 election, much higher than the 304 he won when he ran against Hillary Clinton.

The two elections that the Primary Model got wrong in the past 108 years were John F. Kennedy’s election in 1960 and George W. Bush’s election in 2000, when he won the Electoral College but lost the popular vote.

The Primary Model calculates a candidate’s chance of winning elections based on performance in early primaries.

Biden kicked off his campaign by finishing fourth in Iowa’s caucuses with 15.8% of the vote, placed fifth in New Hampshire with only 8.4% of the vote, and came in second place in Nevada with 18.9% of the vote. The former vice president then pulled off a decisive win in South Carolina on Feb. 29, followed by major victories in Alabama, Arkansas, North Carolina, and Virginia on Super Tuesday to cement him as the front-runner for the Democratic nomination.

However, Biden’s early losses punctuate a lack of enthusiasm at the beginning of his campaign, a factor the Primary Model puts a lot of stock in. “If you can get people to come out for a primary that isn’t even a contest, you have them hooked,” Norpoth said.

Meanwhile, Trump has enjoyed renewed energy during the primaries.

“But in 23 of the 27 states that held primaries both this year and in 2012, when President Obama ran for re-election, Trump has racked up higher raw vote totals than Obama did — often doubling or tripling his predecessor’s numbers,” the New York Post reported in June.

The Primary Model’s prediction of a Trump landslide in the 2020 election tells a much different story from recent national polls.

Biden holds a 12-point lead in the presidential race, according to a Monmouth University poll released last week. A CNN poll from June had the presumptive Democratic nominee with a commanding 14-point lead over President Trump.

An election prediction model released by Oxford Economics in May envisions that Trump will suffer a “historic defeat” in November’s election, only receiving only 35% of the popular vote, because of economic devastation stemming from the coronavirus pandemic. The model has accurately predicted the winner of the popular vote in 16 of the past 18 elections.

Trump Will Triumph: @primarymodel16 says his election model predicts @realDonaldTrump has a 91% chance to win reelection—a model that has correctly predicted 24 of the last 26 presidential elections, including 2016. #MAGA #AmericaFirst #Dobbs pic.twitter.com/fVnZfrLNt0