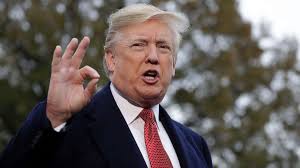 ✔@realDonaldTrump
Never thought I’d say this but I think @johnrobertsFox and @GillianHTurner @FoxNews have even less understanding of the Wall negotiations than the folks at FAKE NEWS CNN & NBC! Look to final results! Don’t know how my poll numbers are so good, especially up 19% with Hispanics?
President is referring to a poll conducted by PBS and NPR, the poll found that 50% of latino adults approve of Trumps job, that is up from 31% in December.
To read more click here.
→ What are your thoughts? ←
Scroll down to leave a comment: