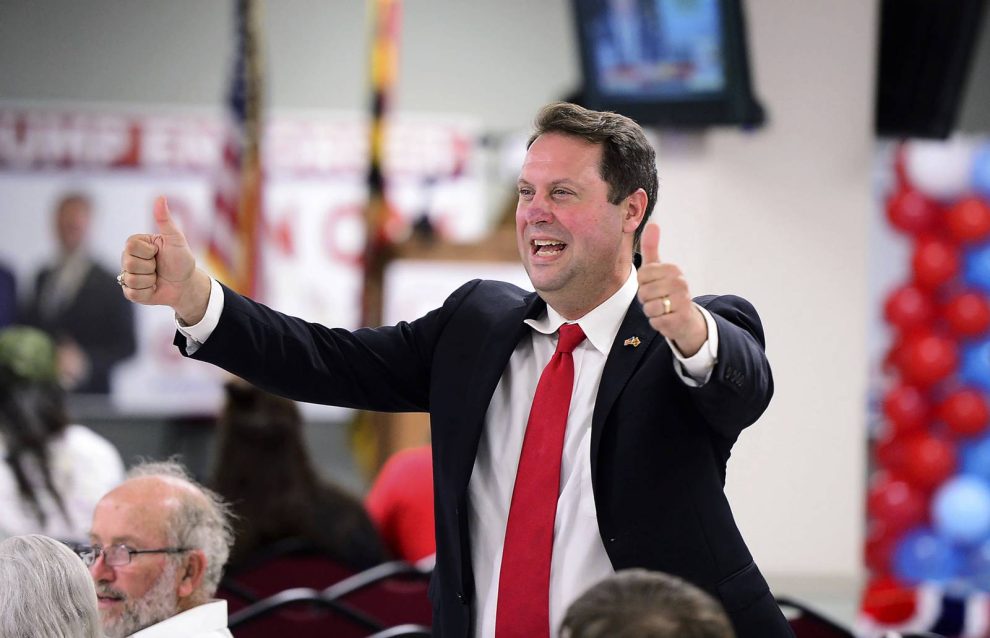 The Associated Press is reporting that there’s a winner in the Maryland Republican gubernatorial primary, to fill the seat of GOP Governor Larry Hogan, who is term-limited.

Cox touted his experience as a state delegate, small businessman and constitutional attorney. The Trump endorsee also previously made a bid for a congressional seat in the state’s 8th Congressional District, later losing to then-state Sen. Jamie Raskin (D).

[Kelly] Schulz, meanwhile. touted her experience working under Hogan as both a former commerce secretary and labor secretary in addition to her experiences serving in the Maryland House of Delegates.

As RedState wrote previously on Tuesday, the race was seen as a match-up between the two endorsers, although Cox had his own bouts with the governor as a state delegate.

Former President Donald Trump criticized Maryland Governor Larry Hogan on the eve of Tuesday’s Maryland GOP primary, calling him a RINO because he implemented statewide lockdowns during the COVID-19 pandemic.

Cox has previously butted heads with Hogan during the COVID-19 pandemic, specifically about the state’s pandemic stay-at-home order, as he filed a lawsuit and filed a resolution of impeachment. He accused the governor of violating the rights of residents.

The former president released a statement about the race — and Hogan — Monday night, which read, in part: “Maryland, tomorrow is a big day. Get out and vote for Dan Cox for Governor … Get rid of Shutdown RINO Larry Hogan who is trying to get another RINO into office, Kelly Schulz.”