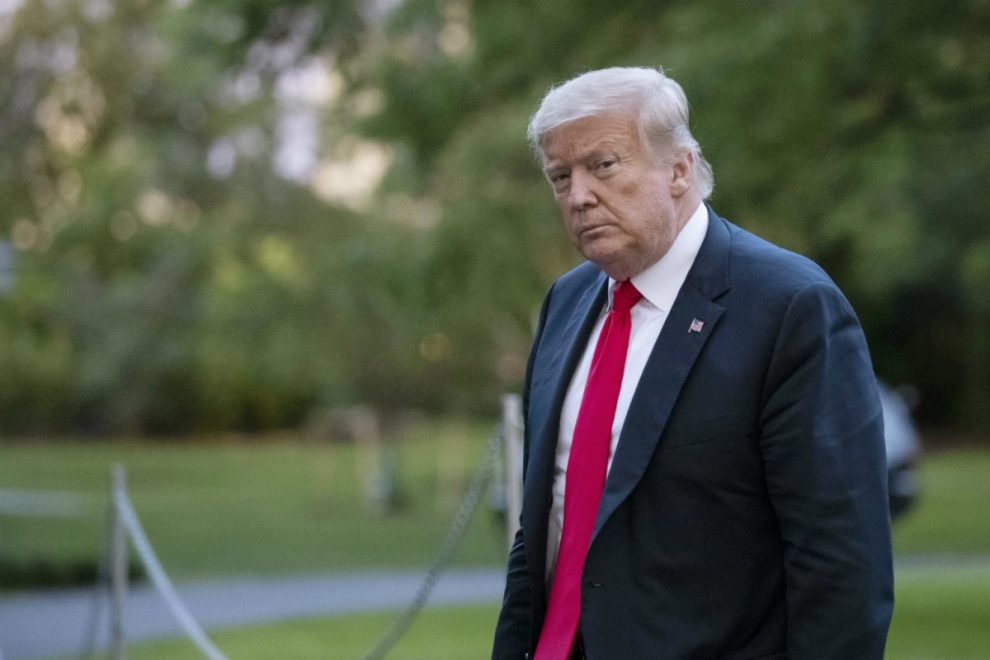 President Trump claimed early Wednesday that reports about suspected Russian bounties on coalition forces in Afghanistan were a “hoax” meant to damage him politically.

“The Russia Bounty story is just another made up by Fake News tale that is told only to damage me and the Republican Party,” Trump tweeted. “The secret source probably does not even exist, just like the story itself. If the discredited @nytimes has a source, reveal it. Just another HOAX!”

The Russia Bounty story is just another made up by Fake News tale that is told only to damage me and the Republican Party. The secret source probably does not even exist, just like the story itself. If the discredited @nytimes has a source, reveal it. Just another HOAX!

The president claimed in a subsequent tweet Wednesday morning that intelligence officials did not brief him on the matter “because any info that they may have had did not rise to that level.”

“No corroborating evidence to back reports.” Department of Defense. Do people still not understand that this is all a made up Fake News Media Hoax started to slander me & the Republican Party. I was never briefed because any info that they may have had did not rise to that level

The Trump administration has faced pressure from lawmakers from both parties for answers after The New York Times first reported Friday that the U.S. intelligence community concluded months earlier that a Russian intelligence unit covertly offered payments to Taliban-linked insurgents who execute successful attacks against coalition forces, including American troops, in Afghanistan.

The White House has denied that Trump was personally briefed on the intelligence before it became public but has sidestepped questions about subsequent reports that the information was cited in one of Trump’s written briefs, formally known as the President’s Daily Brief, in February.

Asked later about the president’s tweet at the White House, national security adviser Robert O’Brien said the original Times report was a “hoax” while insisting Trump would take “strong action” if the allegations about Russian bounties were verified.

“I think what is a hoax is the initial reporting, and I believe this was in The New York Times, that the president had been briefed about this unverified and uncorroborated intelligence and chose not to take action on it,” O’Brien said. “That was a hoax, and there is no question about it.”

Trump’s tweet Wednesday marks his first public comment on the matter since Monday, when he claimed that he was not briefed on the intelligence because it was deemed not “credible.” Trump has faced criticism for not issuing a forceful message to Russia in light of the revelations.

Trump has been the lone figure in his administration to dismiss the credibility of the intelligence. White House press secretary Kayleigh McEnany, who told reporters Tuesday that Trump has since been briefed on the information, has maintained that there is no “consensus” within the intelligence community on the intelligence and that it remains unverified.

O’Brien said Wednesday that a senior career CIA official recommended Trump not be briefed on the intelligence in his Oval Office briefing because she lacked “confidence” in the intelligence, but he said the administration has been working to prepare possible response options for “several months.”

“These are important allegations and, if they are verified, can guarantee you that the president will take strong action. We have been working for several months on options for the president of the United States in the event that this uncorroborated — as the Department of Defense calls it — uncorroborated evidence turned out to be true,” O’Brien told reporters.

Trump administration officials have also hammered the leaks to the news media, describing them as compromising to the U.S. government’s ability to collect and assess intelligence.

The administration has thus far briefed select members of Congress on the matter in a classified setting at the White House, and House and Senate leaders are expected to receive a Gang of Eight briefing from intelligence officials as early as Wednesday. Democrats have demanded a full briefing of Congress from top intelligence officials from the CIA and National Security Agency, criticizing the recent updates as highly inadequate.

“The president called this a hoax publicly. Nothing in the briefing that we have just received led me to believe it is a hoax,” Hoyer said.

A number of Senate Republicans on Tuesday defended the administration after being briefed and reiterated White House talking points that the media reports relied on unverified intelligence.

Still, some Republicans have signaled they would continue to pursue information from the administration after being briefed while expressing concern over the situation.

“We believe it is important to vigorously pursue any information related to Russia or any other country targeting our forces. Congress has no more important obligation than providing for the security of our nation and ensuring our forces have the resources they need. We anticipate further briefings on this issue in the coming days,” they said. 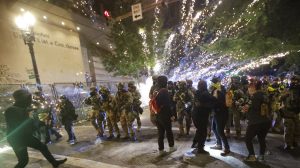 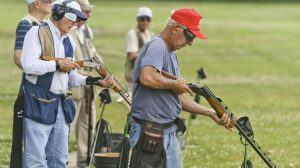 First-Time Gun Ownership Skyrockets Amid Riots, Increased Violence Across Country: ‘You Can’t Really Be Too Safe’ 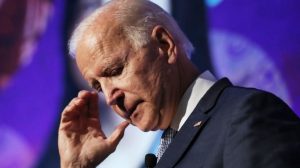 Joe Biden: We Have Lawyers ‘Going Out to Every Polling– Every Uh, Voter Registration Physician in the States’

Seattle Mayor Orders Closure of CHOP Due to ‘Ongoing Violence and Public Safety Issues’
Anthony Fauci Warns: Pig-Bound Virus in China Could Cause Another Pandemic