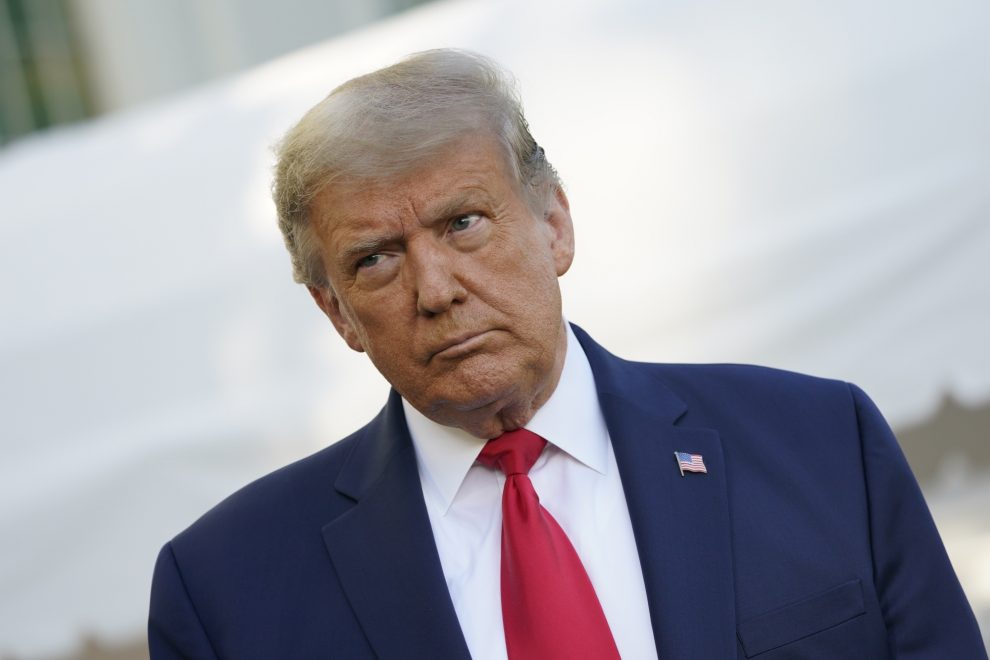 “We have got to get the attorney general to act. He’s got to act and he’s got to act fast,” Trump said on “Fox & Friends,” citing a New York Post report about Hunter Biden’s business dealings. Trump called on Barr to “appoint somebody” to handle the matter.

“This is major corruption and this has to be known about before the election,” Trump said.

Trump’s remarks represented an extraordinary effort by the president to push a member of his Cabinet to investigate the family of his political opponent, as he explicitly invoked the election as reason to do so. They came after a group of House Republicans asked Barr to appoint a special prosecutor to investigate the allegations about Hunter Biden made in the Post last week.

A spokesperson for the Justice Department did not immediately return a request for comment on Tuesday.

Trump and his campaign have seized on the Post report, which alleged that Hunter Biden helped broker a meeting between an executive at the Ukrainian gas firm Burisma Holdings and his father when Joe Biden was vice president. The story has been disputed by Joe Biden’s campaign, which has said that his official schedule from the time did not list any such meeting.

The FBI is also said to be investigating whether the article, which relied on emails purportedly found on a laptop left at a computer repair shop in Delaware, is tied to a Russian intelligence operation. Experts who spoke with The Hill said that the laptop was more likely than not part of a disinformation plot but that it would take time for officials to investigate it.

The president at a rally on Monday lamented that Barr had refrained from investigating Joe Biden but suggested he was doing so because the attorney general is a “very nice man and a very fair man.”

Prior to that rally, Trump had called on the FBI to investigate Hunter Biden after being asked if the agency should be probing the matter.

“Certainly, the FBI should be investigating it because, on its face, he’s guilty as can be,” Trump told reporters.

Trump’s remarks represent an escalation of his rhetoric over the past week. He described the Bidens as an “organized crime family” following the publication of the Post report.

The president on Monday told campaign staffers that Joe Biden “should be in jail” and later called a reporter a “criminal” for failing to more thoroughly investigate allegations against the former vice president.

The Post obtained the information from Rudy Giuliani, Trump’s personal attorney. Giuliani had contacts with a Ukrainian lawmaker who now has been designated by the Treasury Department as a Russian agent.

Clinton Watts, a disinformation expert and research fellow at the Foreign Policy Research Institute, said in an interview last week that there was a “high” likelihood that the information is part of a disinformation operation.

“I think we won’t know before the election, and that’s my worry,” Watts said of the reported FBI investigation into the source of the laptop. “I don’t know that you could ever know where this came from, potentially.”

Despite the burgeoning questions around the validity of the story and its basis, Trump has seized on it as he seeks a line of attack against Joe Biden two weeks before Election Day, with polls show him trailing the Democratic nominee nationally and in important battleground states.

Trump has long pushed for investigations of his political opponents. Indeed, he was impeached by the House of Representatives last year after asking Ukraine’s new president to investigate the Bidens and a baseless claim that the elder Biden pressured for the removal of a Ukrainian prosecutor to his son’s benefit.

Recently, Trump has expressed frustration with Barr for not bringing charges against Obama-era officials for their actions in the Russia investigation. Trump has claimed that former President Obama and Joe Biden engaged in criminal wrongdoing in connection with the FBI’s investigation of his 2016 campaign, despite Barr saying earlier this year U.S. Attorney John Durham’s probe would not result in investigations of Obama or Biden.