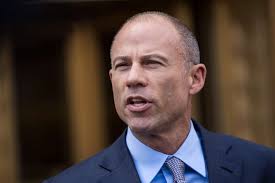 Michael Avenatti agreed Wednesday to relinquish financial control of his longtime law firm hours after a former partner filed papers accusing him of hiding millions of dollars from the court that oversaw its bankruptcy. The celebrity lawyer and his firm, Eagan Avenatti, consented to the appointment of a receiver to take possession of its bank accounts, case files, computers and other assets. Avenatti also promised to cooperate with efforts by Jason Frank, a former lawyer at Eagan Avenatti, to collect on his $10-million judgment against the firm.

Avenatti will continue to work as the lead lawyer in his law practice, which he now calls Avenatti & Associates. The agreement came after Frank asked U.S. District Judge Virginia A. Phillips on Tuesday night to appoint a receiver to seize Eagan Avenatti and stop the firm from draining its assets. Frank’s court papers alleged that Avenatti used nefarious bank maneuvers when his firm was under federal bankruptcy protection to hide millions of dollars from its creditors.“This includes brazen acts of bankruptcy fraud,” Frank’s lawyer, Scott H. Sims, wrote in the court documents.

See also  The New York Times Blames Republican Governors For Waves Of Migrants Overwhelming Liberal Cities
→ What are your thoughts? ←
Scroll down to leave a comment: