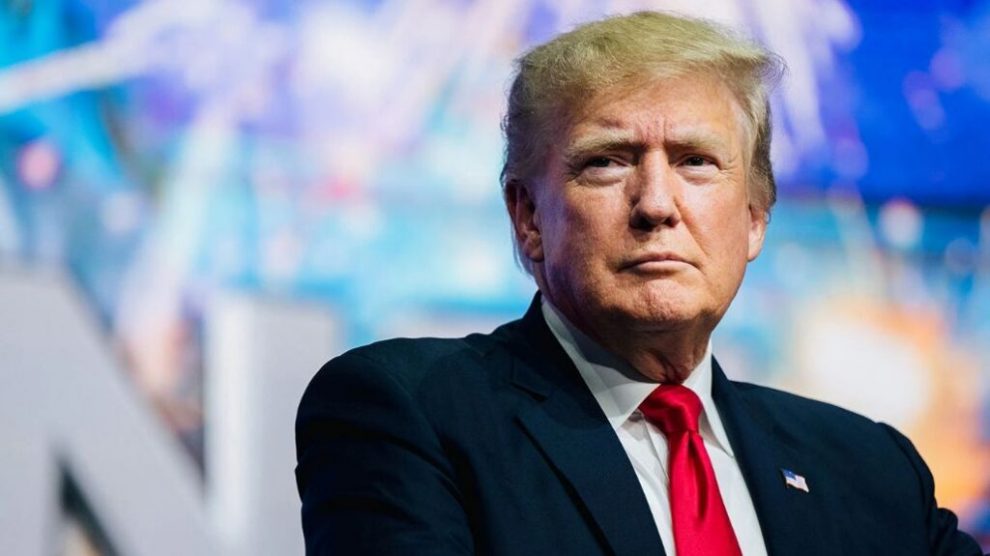 Donald Trump on Tuesday abruptly gave up his plan to deliver a press conference on the anniversary of the Jan. 6 Capitol riot, leaving President Joe Biden to address a divided nation.

Trump’s decision to ditch his planned press conference in Florida means Americans will be spared a split-screen moment on Thursday.

If it had gone ahead, Biden would have marked what he calls “one of the darkest days” in U.S. history, while Trump, just a few hours later, was expected to comment on the day as while while also referencing his claims of fraud in the 2020 presidential election.

No question, though, that Trump will be looming over Biden.

In a statement announcing the demise of his press conference, Trump again referenced his fraud contention, calling it “the Crime of the Century.”

“In light of the total bias and dishonesty of the January 6th Unselect Committee of Democrats, two failed Republicans, and the Fake News Media, I am canceling the January 6th Press Conference at Mar-a-Lago on Thursday, and instead will discuss many of those important topics at my rally on Saturday, January 15th, in Arizona — It will be a big crowd!

“What has become more and more obvious to ALL is that the LameStream Media will not report the facts that Nancy Pelosi and the Capitol Sergeant-at-Arms denied requests for the D.C. National Guard or Military to be present at the Capitol. Their emails and correspondence with the Department of Defense exist, but the media won’t ask for this evidence, or report the truth!:

The statement underlined how one year after Trump supporters marched on Congress to try and prevent lawmakers from certifying Biden’s victory, political wounds remain far from healed.

On Thursday, Biden and Vice President Kamala Harris will speak from inside the Capitol’s Statuary Hall, the setting during the unrest of Jan. 6 last year.

Biden has often warned during his first year in the White House of an “existential” threat to political freedoms that until now most Americans took for granted.

His speech is set to take that warning to a new level.

“He’ll speak to the historical significance of Jan. 6, what it means for the country one year later,” White House Press Secretary Jen Psaki said Tuesday.

Meanwhile, a House committee continues to probe the circumstances surrounding the extraordinary events of the day. Trump critics say the ex-president incited the rioting with unproven claims of a stolen election. Trump and supporters counter that the fraud was widespread, and that participants in the siege were defending the democratic process against an existential threat.

That difference of opinion remains as stark as ever as the anniversary of Jan. 6 draws near.