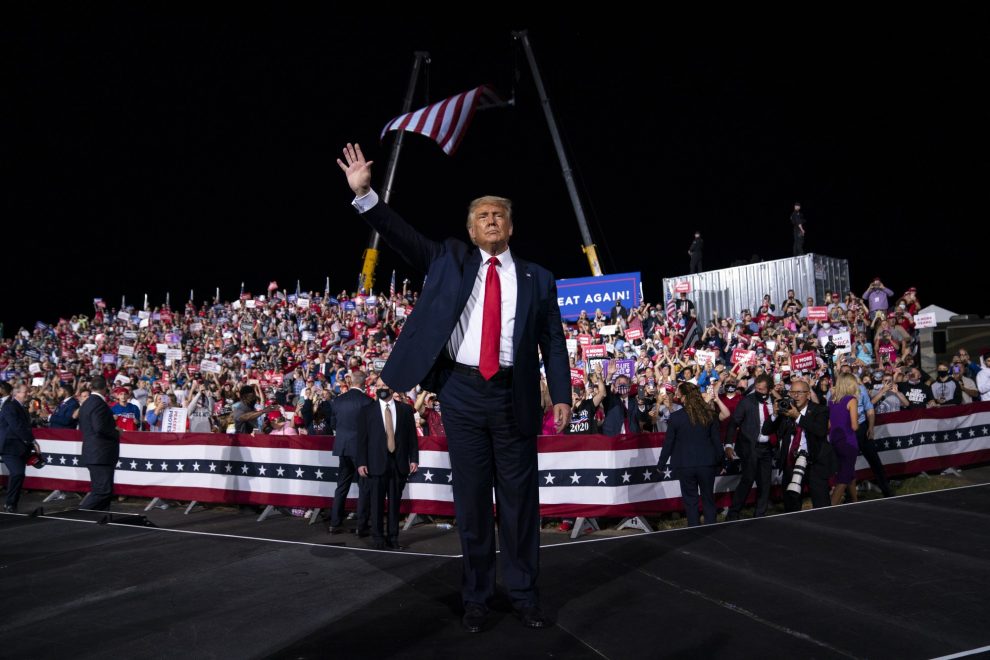 President Donald Trump’s campaign on Wednesday announced they had won the state of Pennsylvania and were on track to win both Arizona and the president’s reelection by the end of the week.

“We are declaring a victory in Pennsylvania. This is not based on gut or feel. This is based on math,” Trump campaign manager Bill Stepien said on Wednesday in a conference call with reporters.

Currently, President Trump holds a margin of about 454,000 votes in Pennsylvania and 1.12 million votes are still outstanding. For Biden to win, the campaign estimated, he would need to win 78 percent of the remaining votes.

“They are there to ensure that we don’t see magical ballots delivered by Gov. Wolf,” Trump senior campaign advisor Jason Miller said.

He also predicted a victory for the president in Arizona.

Although President Trump was 93,509 votes behind Biden, there are an estimated 605,000 ballots left to count, which Miller identified as votes mostly cast on Election Day and from areas supporting the president.

Trump only needed to win about 57.73 percent of the remaining votes in Arizona to win the state, he calculated.

“We call on both Fox News and the Associated Press to immediately withdraw their calling the state for Joe Biden,” Miller said.

Miller said the campaign would win North Carolina and Georgia and have enough votes for victory.

“By the end of this week, it will be clear to the entire nation that President Trump and Vice President Pence will be reelected for another four years,” he said.