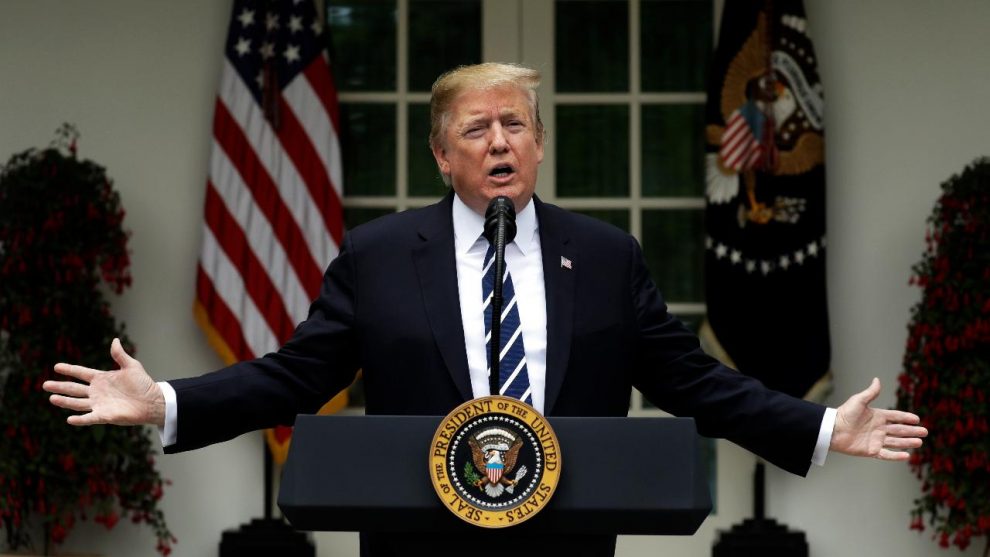 President Trump canceled a scheduled meeting on infrastructure with Democrats on Wednesday, saying he was upset about claims he engaged in a cover-up and Democrats’ use of “the I-word,” meaning impeachment.

“Instead of walking in happily into a meeting, I walk in to look at people that have just said that I was doing a cover-up. I don’t do cover-ups,” Trump said, speaking in the Rose Garden about 25 minutes after the scheduled start of the meeting with House Speaker Nancy Pelosi, D-Calif., and Senate Minority Leader Chuck Schumer, D-N.Y.

Trump said he was particularly upset about Pelosi suggesting he engaged in a cover-up during special counsel Robert Mueller’s Russia investigation.

“I walked into the room and I told Sen. Schumer, Speaker Pelosi, ‘I want to do infrastructure. I want to do it more than you want to do it. I would be really good at that. That’s what I do. But you know what? You can’t do it under these circumstances. So get these phony investigations over with,'” Trump said.