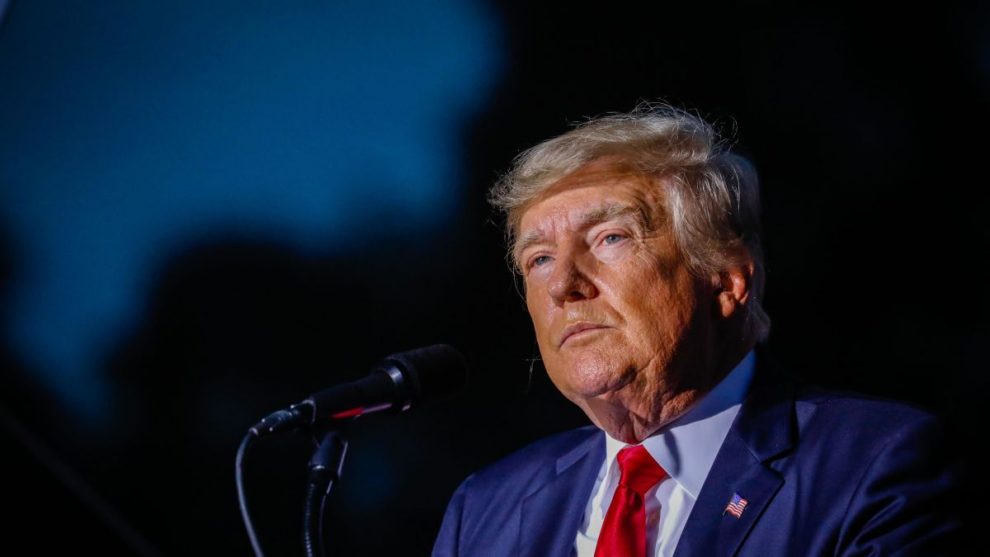 After a shooting outside Nationals Park in Washington, D.C., former President Donald Trump called out Democrat-run cities becoming overcome by violence and lawlessness, and rebuked the Biden administration for failing the American people.

Trump issued a statement Sunday from his Save America PAC:

“Crime in our country is escalating at a pace we’ve never seen before. At the same time, people are pouring through our Borders totally unchecked. Jails in other countries are being emptied out into the United States. This is far worse than anyone thought during the fake election!”

The Washington shooting forced the cancellation of the Nationals baseball game as four people were injured and the Nationals dugout took in fans fearing the shooter was in the stadium, having heard the gunshots ring out.

The stadium ordered fans to seek shelter before the game was ultimately postponed. Saturday’s shooting came just one day after another D.C. shooting killed a 6-year-old girl and left five other adults injured.

Trump issued another statement Sunday, rebuking the Biden administration’s struggles to curb vaccine hesitancy less than a year after Biden’s campaign questioned the safety and efficacy of the vaccine before it was released.

Trump’s second statement from his Save America PAC read:

Notably, during debates both Biden and Vice President Kamala Harris expressed concern the vaccines were being rushed to the American people before the election to help Trump gain reelection. But the vaccine makers did not release the results of their trials until after Biden and Harris claimed victory in the contested election.

In the case of Pfizer, the trials data came until just hours after their claim to victory. Trump has rebuked the timing of the Pfizer efficacy data as being politically motivated.