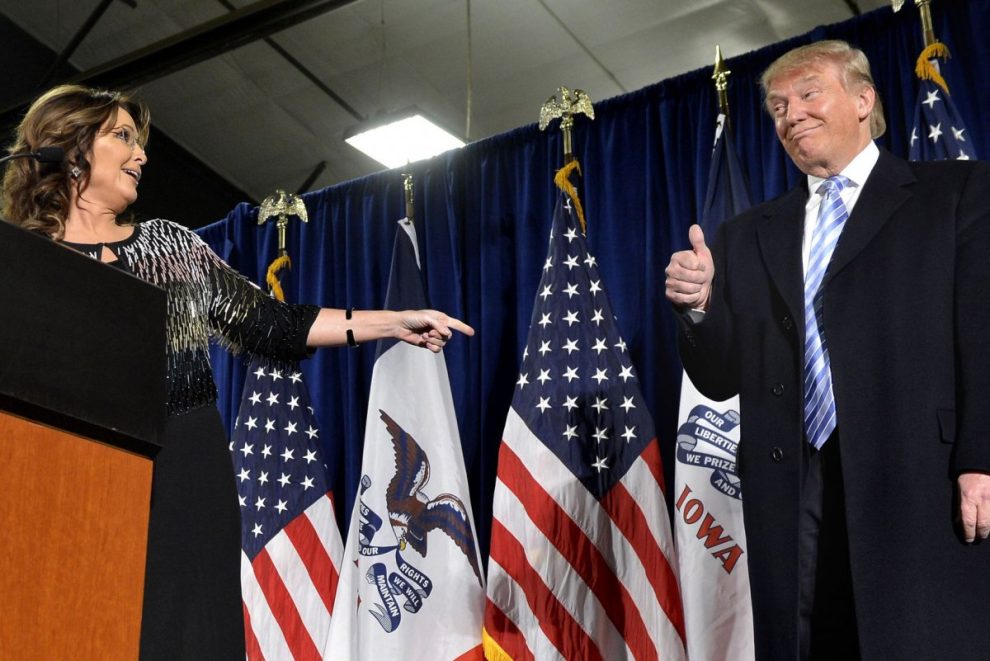 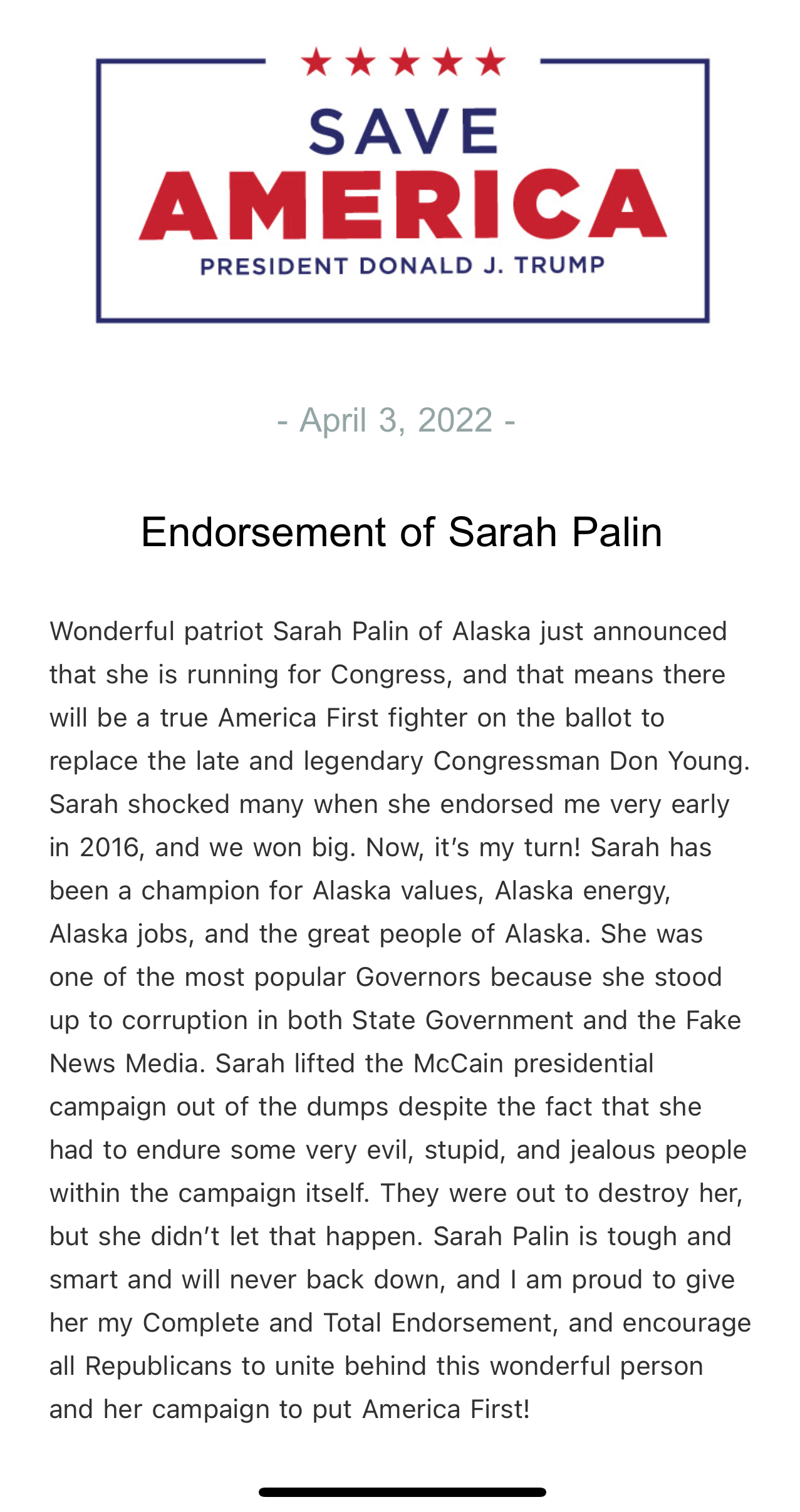 Trump said in a statement, “Wonderful patriot Sarah Palin of Alaska just announced that she is running for Congress, and that means there will be a true America First fighter on the ballot to replace the late and legendary Congressman Don Young. Sarah shocked many when she endorsed me very early in 2016, and we won big. Now, it’s my turn! Sarah has been a champion for Alaska values, Alaska energy, Alaska jobs, and the great people of Alaska.”

“She was one of the most popular Governors because she stood up to corruption in both State Government and the Fake News Media. Sarah lifted the McCain presidential campaign out of the dumps despite the fact that she had to endure some very evil, stupid, and jealous people within the campaign itself. They were out to destroy her, but she didn’t let that happen. Sarah Palin is tough and smart and will never back down, and I am proud to give her my Complete and Total Endorsement, and encourage all Republicans to unite behind this wonderful person and her campaign to put America First!” Trump added.

Palin is running in a special election to replace former Alaska Republican Congressman Don Young, who died on March 18. Announcing her run for Congress on Friday, Palin said that she plans “to honor Rep. Young’s legacy,” who served in Congress for almost 50 years.

Palin said, “I realize that I have very big shoes to fill, and I plan to honor Rep. Young’s legacy by offering myself up in the name of service to the state he loved and fought for, because I share that passion for Alaska and the United States of America.”

More than 50 candidates have already filed to run in the special election to fill the seat. Results of the primary are scheduled to be announced on June 26. The four candidates receiving the highest total votes will advance to the general election Aug. 16.

Palin previously served as Alaska’s ninth governor from 1996 to 2002, and was Republican presidential candidate John McCain’s running mate in 2008.