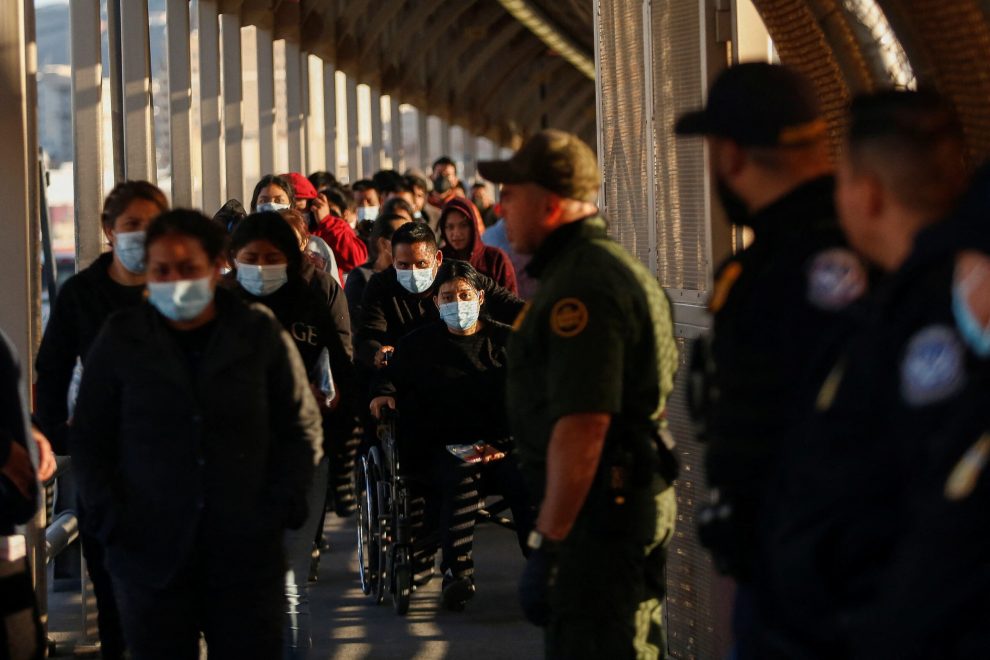 Weeks ago, the Centers for Disease Control and Prevention (CDC) announced that on May 23 the Biden administration would end Title 42. The authority was first issued by Trump in 2020 and has allowed federal immigration officials to quickly return illegal aliens to their native countries after having crossed the southern border.

On Monday, Judge Robert R. Summerhays granted a temporary restraining order that is likely to prevent Biden from ending Title 42 while the case makes its way through federal court.

“Today, the court announced its intention to grant a temporary restraining order in Missouri, Louisiana, and Arizona’s lawsuit against the Biden administration over their planned suspension of Title 42,” Schmitt said in a statement.

“This temporary restraining order is expected to keep Title 42 in place until further court proceedings, a critical win for border security and the rule of law,” he continued.

Landry celebrated the decision, writing on Twitter that “Biden’s reckless decision to rescind Title 42 would have flooded our already stressed southern border with illegal immigrants.”

“Fortunately, today a judge has granted our request to halt this enormous threat to our national security,” Landry said. “We will continue to ensure that citizenship means something and that those in this country illegally are not conferred greater rights than our citizens.”

Dan Stein with the Federation for American Immigration Reform (FAIR) said he applauded the decision, saying in a statement that the White House “should view Judge Summerhays’” decision “as a reprieve from an even bigger self-inflicted national health and security crisis,” and use the move to fully reinstate Title 42.

Without Title 42, Biden officials admit that up to half a million border crossers and illegal aliens — the equivalent of the resident population of Atlanta, Georgia — could arrive at the border every month.

Rep. Andy Biggs (R-AZ) told Breitbart News that he would expect 30,000 border crossers and illegal aliens every day at the border without Title 42. In Tijuana, Mexico, alone, Breitbart News exclusively reported that up to 6,000 foreign nationals are waiting to rush the border when Title 42 is ended.

The Biden administration’s plan for ending Title 42, which Breitbart News reported and published, details “broadscale release mechanisms” that transform the border into a mere checkpoint for foreign nationals arriving every day.

Under the plan, Biden seeks to cut deportations for border crossers and illegal aliens, instead shifting to mechanisms like parole, Notices to Appear (NTAs), and an Alternatives to Detention (ATD) program — all of which ensure the mass release of foreign nationals into the U.S. interior.

The case is Arizona v. Center for Disease Control and Prevention, 6:22-cv-885 in the U.S. District Court for the Western District of Louisiana.