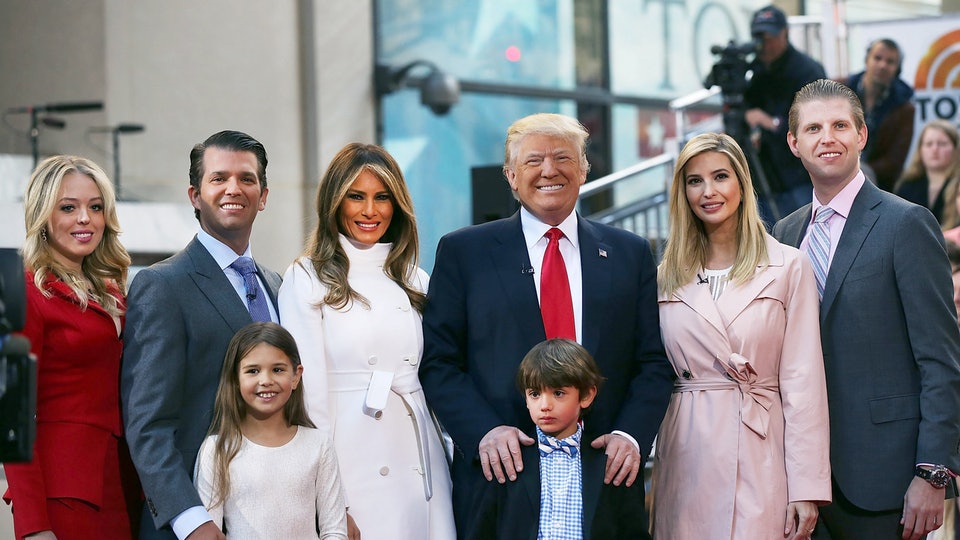 President Donald Trump, his three oldest children, and their companies sued Monday to prevent their two banks from complying with congressional subpoenas for personal and business financial records.

The Trump lawyers argued in the lawsuit that the subpoenas, which were issued to Deutsche Bank and Capital One on April 15, “have no legitimate or lawful purpose.”

“The subpoenas were issued to harass President Donald J. Trump, to rummage through every aspect of his personal finances, his businesses, and the private information of the President and his family, and to ferret about for any material that might be used to cause him political damage,” reads the lawsuit, which was filed in the Southern District of New York.

“No grounds exist to establish any purpose other than a political one.”

The House Intelligence and House Financial Services committees issued the subpoenas, which seek a variety of financial records from the president, Donald Trump Jr., Ivanka Trump, Eric Trump, several of their companies, and a joint trust.

House Democrats have ramped up their campaign to obtain Trump’s financial records in recent weeks.

On April 3, Massachusetts Rep. Richard Neal, the Democratic chairman of the House Ways and Means Committee, asked the IRS to hand over six years of Trump’s tax returns.

The Trump legal team said that the latest subpoenas are “intrusive and overly broad.” They argue that the House committees have exceeded their constitutional authorities and that the subpoenas violate the Right to Financial Privacy Act.

Deutsche Bank told the Trumps that they planned to comply with the subpoena by May 6 absent a court order quashing the subpoena.