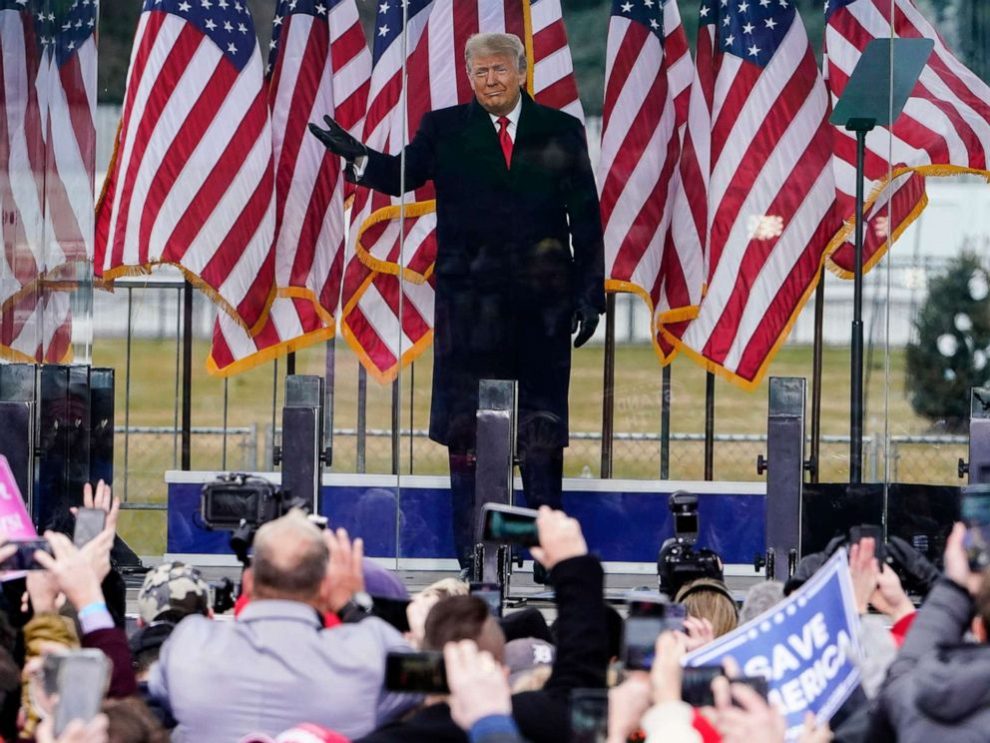 “The stakes of this year’s midterm elections could not be higher,” Trump told the crowd at his indoor rally, which aired live on Newsmax. “I don’t think we’ve ever had a time in our country where we felt so low, so dejected. What’s going on is absolutely unacceptable.

“Other than that, he’s doing a fantastic job,” Trump joked.

“Historians will record this period of history as a catastrophic low point, and a stain upon our once great reputation,” Trump added later. “It’s stained. But we’ll get rid of that stain.

“Never has our country been treated with this much disrespect and scorn by other world leaders.”

“The presidential election was rigged and our country is being destroyed,” he said. “But while there may be nothing we can do to stop Joe Biden’s mental and physical decline, with your vote this November we can stop our country’s decline, and we can make America Great Again.”

Immigration was a hot-button topic at the start of Trump’s speech, bringing back the rebuke of the “invasion” of our sovereignty as Russia’s Vladimir Putin is reportedly on retreat of his invasion in Ukraine.

“We’re going to be paying a price and a very big one long into the future. You wait and see. Unfortunately, I’ll be right about that one, too.”

Despite the damage done by President Joe Biden’s administration, Trump vowed to fix the damage, calling it “unbelievable but not irreparable.”

“Isn’t it nice, I’m saying it’s not irreparable?” Trump said, stopping short of delivering an official 2024 campaign declaration. “We can fix it. Otherwise, there’s no reason for me to be here. We can fix it.

“Giant corporations that do business in communist China – while they attack our values here in America – should face a massive crushing tax on all profits coming out of China, and I was getting ready to do that,” Trump said. “They should lose all tax breaks and all preferential treatment under U.S. law.

“The American people will not sit idly by and allow our children to be indoctrinated, segregated, and mutilated by the lunatic left.”