President Donald Trump himself told reporters before departing the White House for Florida Friday that he might be “banning” the app but is still considering multiple avenues for how to handle the national security threats presented by TikTok, according to Bloomberg.

President Trump tells reporters his administration "may be banning TikTok" and is "looking at a lot of alternatives with respect to TikTok" https://t.co/Nj065D03oX pic.twitter.com/Kn65D6f7ai

Fox Business’ Charles Gasparino also reported that the administration, through The Committee on Foreign Investment in the United States (CFIUS), was exploring potential whether specific U.S. technology companies, including Microsoft, would be interested in acquiring the app.

SCOOP: @WhiteHouse through #CFIUS is "deeply concerned" sources say about @Microsoft purchase and whether any Chinese investors keep a portion in the US unit of @tiktok so expect a full and total review before any purchase is agreed to by Microsoft or another company

SCOOP: Investment banking sources say Trump Administration through #CFIUS poised to issue order for @BytedanceTalk to divest its stake in US portion of @tiktok; speculation on Wall Street is that US biz could be sold to an American co. One name in mix: @Microsoft NOT CONFIRMED

The administration has been considering action on TikTok for weeks. Secretary of State Mike Pompeo told Daily Caller in early July that the U.S. was considering a ban but that it would likely include other apps developed by Chinese-based companies, similar to action taken by India.

Treasury Secretary Steve Mnuchin confirmed to reporters on Wednesday that his department was conducting a review of TikTok and ByteDance’s ties to the Chinese government and would soon be delivering a recommendation for action to the president.

Neither the White House nor Treasury Department responded to Daily Caller’s inquiries on the order by press time. 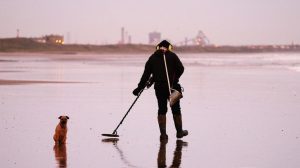 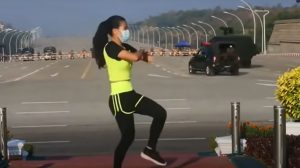