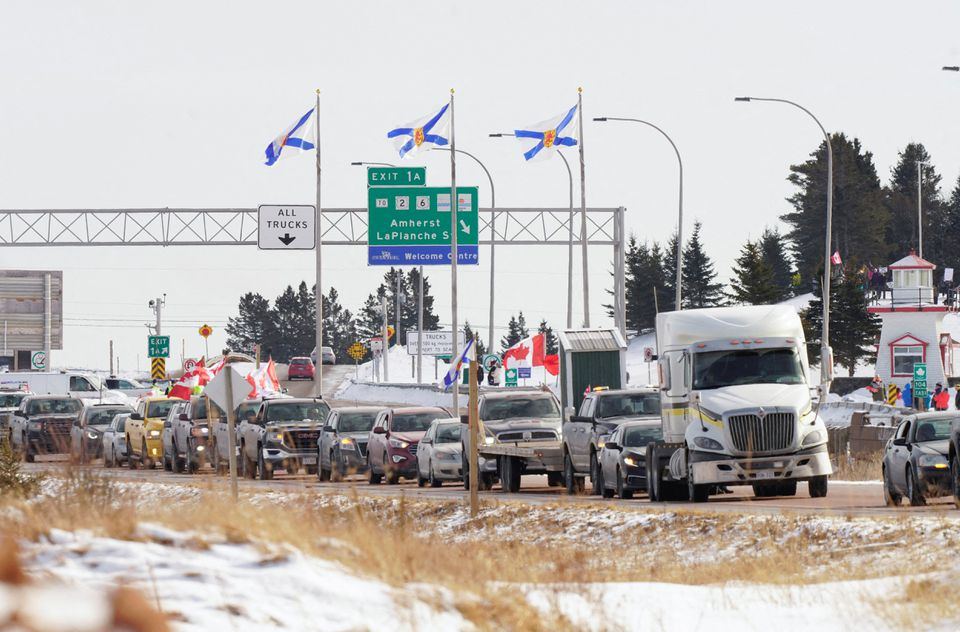 A convoy of truckers started their march from Vancouver on Sunday to the Canadian capital city of Ottawa protesting the government’s COVID-19 vaccine mandate for truckers, which the industry says would create driver shortages and fuel inflation.

Truckers under the banner Freedom Convoy 2022 had raised C$2.7 million ($2.2 million) by Sunday through a gofundme campaign to fight the mandate. The funds raised would be used to help with the costs of fuel, food and lodgings, the gofundme page said. The convoy is expected to reach Ottawa on Jan. 29.

Alberta Premier Jason Kenney, at a news conference in Calgary, urged the government to extend an exemption that had been in place for truckers since the start of the pandemic.

Kenney made his request on the same day the United States confirmed its own vaccine border mandate for truckers would start on Saturday. Canada’s has been in place since Jan. 15.

“Common sense tells us that we are at the peak of supply chain constraints across North America, around the world, huge inflation,” Kenney said.

This is not the moment “to lose potentially thousands of truckers on our roads, bringing groceries up from the US and who knows maybe (COVID) rapid test kits as well,” he said.

As many as 32,000, or 20%, of the 160,000 Canadian and American cross-border truck drivers may be taken off the roads by the mandate, the Canadian Trucking Alliance (CTA) estimates. The industry was short some 18,000 drivers even before the mandate, CTA said.

Prime Minister Justin Trudeau has resisted industry pressure to delay the mandate since it was first announced in November. On Wednesday Trudeau defended the mandate, saying Canada was “aligned” with the United States, its largest trading partner.

On Thursday, Canada’s transport ministry said the measure was not negatively affecting the supply of goods, and cross-border truck traffic had not varied significantly.

Within the next two weeks, consumers will see “there’s not as many choices on the shelves,” said Dan Einwechter, chairman and chief executive officer of Challenger Motor Freight Inc in Cambridge, Ontario.

“Eventually the prices will be passed on from the sellers of those products, because we’re passing on our increases to them,” he said.

Canada’s inflation rate hit a 30-year high of 4.8% in December and economists said the vaccine mandate may contribute to keeping prices higher for longer. In the United States, inflation surged 7% on a year-on-year basis in December, the largest rise in nearly four decades.

More than two-thirds of the C$650 billion ($521 billion) in goods traded annually between Canada and the United States travels on roads.

Rob Penner, president and CEO of Winnipeg, Manitoba-based Bison Transport, said from Jan. 1 it raised the base rate for cross-border drivers by almost 20% but failed to gain any.

“There’s more freight than there is people right now.”

Fresh foods are particularly sensitive to freight problems because they expire rapidly, though all imports from the United States could be affected, trucking managers said.

Canadian firms see labor shortages intensifying and wage pressures increasing, according to a Bank of Canada survey released on Monday. Investors increasingly expect the central bank to raise interest rates next week for the first time since 2018.