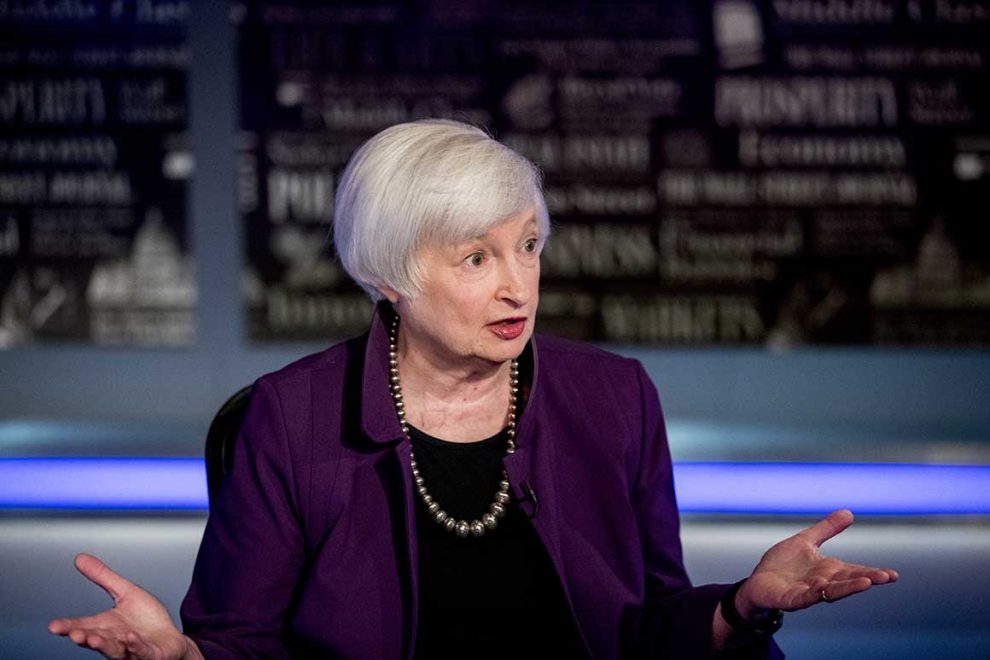 She made the comments in an interview with Matt Murray, the editor-in-chief of the Wall Street Journal.

“You’re an economist, you understand the causes of these phenomena. What’s your take on how responsible government spending was in helping contribute to the problem that we’re facing now on this front,” Murray asked.

“So look, inflation is a matter of demand and supply, and the spending that was undertaken in the American Rescue Plan did feed demand,” Yellen admitted.

“But I do think it was justified and appropriate at the time, given the risks the economy faced,” she continued. “At the time that President Biden was inaugurated, we had an economy where forecasters were envisioning very high unemployment for a very long time. We had especially low-wage workers who had been laid off in massive numbers. We saw cars lined up for miles in food banks, Americans worried about not being able to feed their families, get enough to eat. Forecasts were really quite dire.”

Yellen went on to say that high inflation was an unintentional result of the administration trying to avoid another recession and focusing on full employment, which she said was a success.

She also argued that the economy was strong despite facing the impact of the economic fallout from the Russian invasion of Ukraine.

Despite the administration trying to pin the blame for high inflation on other causes, polls show that more Americans blame Biden and his policies for the spike in high prices than any other one contributing cause.

Here is the interview.