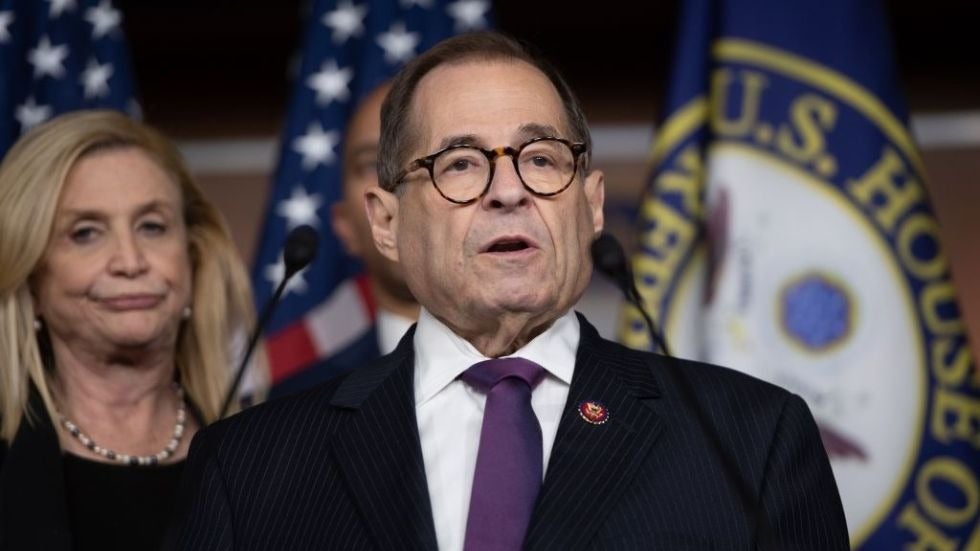 The House Judiciary Committee report released Saturday on the legal and constitutional framework for impeaching President Donald Trump includes a discussion of the most serious crime listed in the Constitution: treason.

Citing the constitutional provision that impeachment applies to “Treason, Bribery, or other high Crimes and Misdemeanors,” the report hints throughout that President Trump might have committed treason against the United States.

The Constitution specifically defines treason in Article III, Section 3: “Treason against the United States, shall consist only in levying War against them, or in adhering to their Enemies, giving them Aid and Comfort.”

The House Judiciary Committee report, however, expands that definition to include what it calls “betrayal,” and declares: “Although the Framers did not intend impeachment for good faith disagreements on matters of diplomacy, they were explicit that betrayal of the Nation through schemes with foreign powers justified that remedy.”

The phrase “schemes with foreign powers” is sufficiently vague to include the “quid pro quo” plan that Democrats allege the president attempted to make with Ukraine, trading U.S. aid for investigation into a political opponent.

(No direct evidence exists to prove that claim, and the only direct witnesses testified before the House Intelligence Committee that the president did not want that “quid pro quo.”)

The report expands the definition of “treason” as follows:

At the very heart of “Treason” is deliberate betrayal of the nation and its security. Such betrayal would not only be unforgivable, but would also confirm that the President remains a threat if allowed to remain in office. A President who has knowingly betrayed national security is a President who will do so again. He endangers our lives and those of our allies.

In releasing the report, House Judiciary Committee Chairman tweeted Saturday that Trump “betrayed our national security” — a claim that falls within the broad definition of “treason,” as expanded by his committee’s arguments:

The Framers worst nightmare is what we are facing in this very moment. President Trump abused his power, betrayed our national security, and corrupted our elections, all for personal gain. The Constitution details only one remedy for this misconduct: impeachment.

The suggestion of “treason” also parallels an argument Democrats continue to make about Trump and Russia.

House Democrats have consistently implied that the president’s dealings with Ukraine reflect, at core, an effort to help Russia — even though he has given Ukraine lethal defensive weapons to fight Russia, unlike his predecessor.

As Speaker of the House Nancy Pelosi (D-CA) told CNN on Thursday night, after calling for articles of impeachment to be drafted: “In my view, Ukraine is very — all about Russia because withholding or granting military assistance to Ukraine was all to the benefit of Russia to hold up that aid.”

Despite Special Counsel Robert Mueller’s conclusion, after two years of investigation, that there was no collusion between Trump’s 2016 presidential campaign and Russia, Democrats continue to believe he is conspiring with what they now consider a U.S. enemy. (Under President Barack Obama, they supported the “reset” policy, appeasing Russia’s geopolitical ambitions.)

The House Judiciary Committee’s report, written by the committee’s 20 Democratic staff members, does not rule out charging Trump with treason at any point in the text, and seems to have been written to make doing so a possibility. 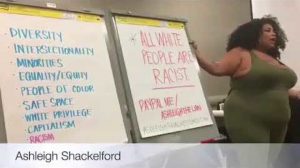 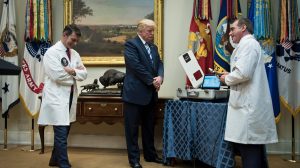