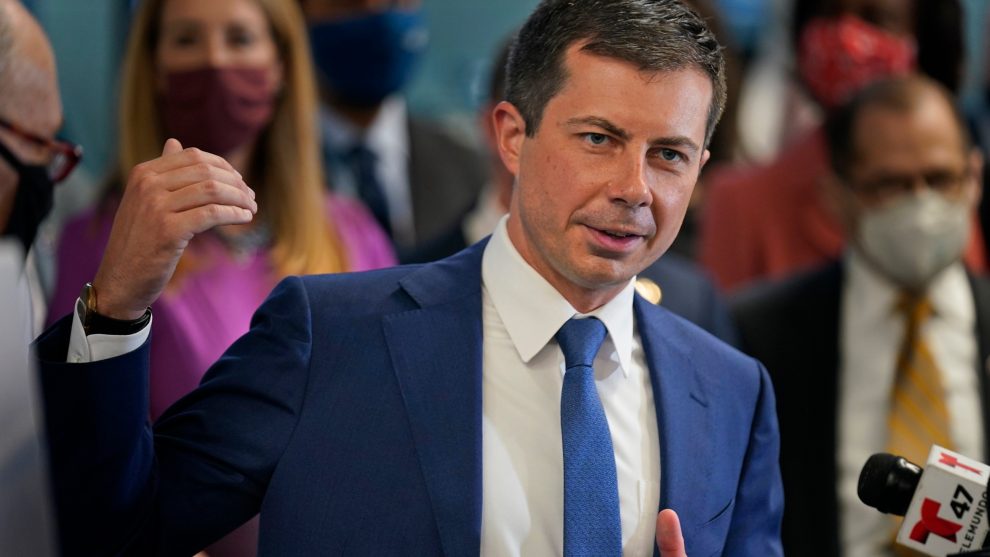 As cargo ships congested at U.S. ports, creating an unprecedented supply-chain crisis, Transportation Secretary Pete Buttigieg was on paid leave to spend time with his husband, Chasten, and their two newborn babies.

After weeks of people questioning Buttigieg’s whereabouts as crisis after crisis mounted, Politico’s West Wing Playbook confirmed on Thursday that the transportation secretary was “lying low.”

“They didn’t previously announce it, but Buttigieg’s office told West Wing Playbook that the secretary has actually been on paid leave since mid-August to spend time with his husband, Chasten, and their two newborn babies,” Playbook reported.

They didn’t previously announce it, but Buttigieg’s office told West Wing Playbook that the secretary has actually been on paid leave since mid-August to spend time with his husband, Chasten, and their two newborn babies.
https://t.co/LqXOJOnnbJ

A spokesperson for the Department of Transportation confirmed that Buttigieg was “mostly offline” throughout this tumultuous time period.

“For the first four weeks, he was mostly offline except for major agency decisions and matters that could not be delegated,” said the spokesperson. “He has been ramping up activities since then.”

The spokesperson added that Buttigieg will “continue to take some time over the coming weeks to support his husband and take care of his new children.”

The White House did not confirm if President Biden approved the leave himself.

“Pete’s been a key member of the team since Day One, and has been critical as we shepherd the President’s agenda across the finish line,” an official told Politico. “We’re overjoyed for him and Chasten, and believe every American should have access to paid family leave.”

This past Wednesday, Buttigieg reportedly attended a “high-profile meeting” with President Joe Biden to discuss the ongoing supply chain crisis that will likely result in empty shelves at major and small retail outlets this holiday season – a prospect resulting in the hashtag #EmptyShelvesJoe trending on Twitter Thursday.

Dawn Huckelbridge, director of the group Paid Leave for All, praised Buttigieg for going on paternity leave, saying it “reflects changing norms.”

“It absolutely reflects changing norms and changing needs,” said Huckelbridge “I’m thrilled that the secretary did that and showed that work and family go together.”

The supply chain crisis extended into grocery stores this week, with some businesses reporting empty shelves for canned goods, snacks, and pet food.

“In Target, fruit snacks were limited, protein bars were nearly gone too, and Lunchables were low in stock,” the outlet said. “We saw the least amount of available frozen foods at Publix and snack foods like beef jerky were running low.” 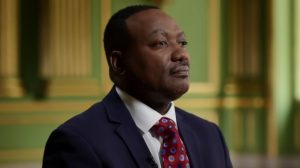 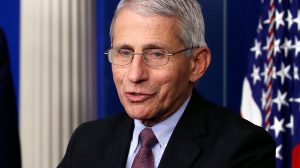