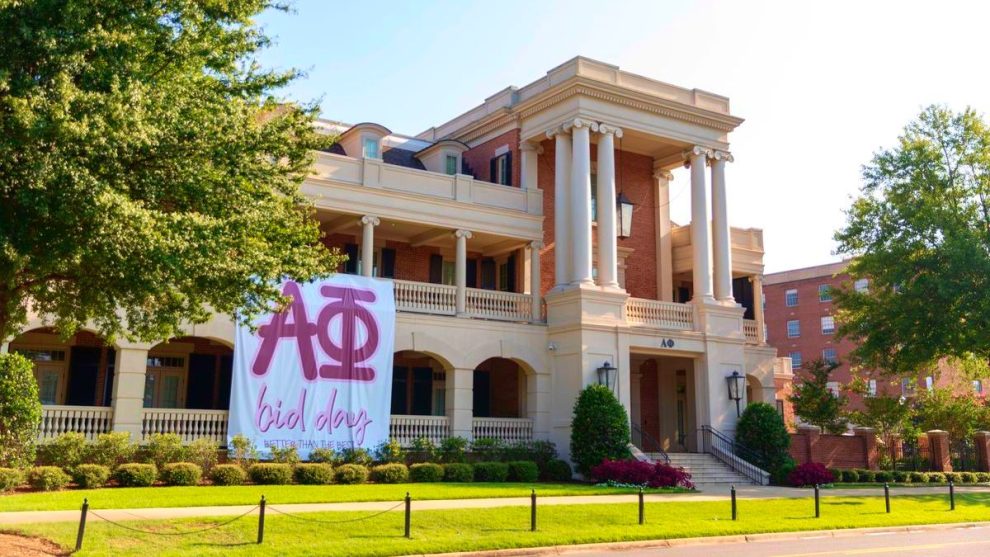 A transgender woman was rejected by all University of Alabama sororities during their student recruitment process, according to social media posts from the student.

Grant Sikes, a biological male, wrote on Instagram that he was denied entry to all of the sororities on campus. There are nearly 20 campus chapters.

“Unfortunately, this chapter is closed. This recruitment journey is over for me,” Sikes wrote. “Being dropped from my last house this morning during primary recruitment at the University of Alabama doesn’t come as a surprise considering out of the almost 20 chapters – I was dropped by every single one except 2 before day 1.”

“I’m hopeful of a future where everyone is welcomed for just being themselves – everywhere,” Sikes continued. “If you are going through a hard time today, remember that life is too short to ponder on the things lost. Choose happiness & always look for the positive things throughout life. Move on. See the good. See the bad. Hope for the best. Brave the worst.”

And in a TikTok, Sikes said, “I’m sad because I wanted to be part of a sisterhood and, more than that, a community.”

Sikes had generated millions of views on TikTok during Alabama Rush Week by documenting the recruitment journey.

Sikes is not the first transgender student to be rejected from Greek Life. Adam Davies was rejected from all 12 sororities at Northwestern University, according to the New York Post.

See also  NYC: ‘I Killed Two Police Officers and My Religion Made Me Do It’