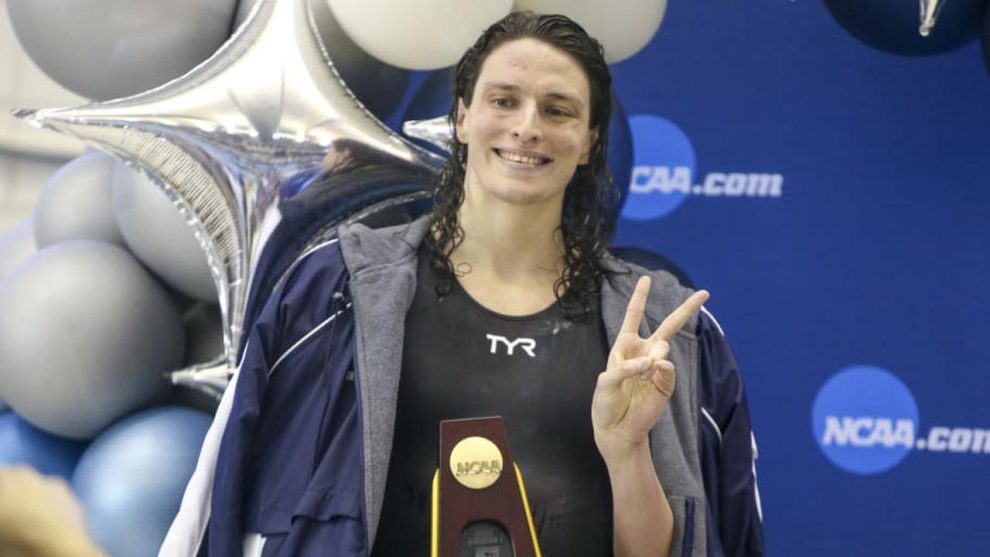 Transgender swimmer Lia Thomas won his race, but not the hearts and minds of all the fans at the NCAA swimming championships on Thursday.

Thomas, who competes for the University of Pennsylvania, won the 500-yard freestyle Thursday, giving him a niche in the record books as the first man to win an NCAA Division I women’s swimming championship.

He won with a time of 4 minutes, 33.24 seconds, almost two seconds ahead of the runner-up, Emma Weyant of Virginia Tech, according to The New York Times.

When the winners were getting their trophies, Weyant received an ovation that echoed through the Atlanta venue where the event took place.

NCAA- As winners are announced crowd goes wild for 2nd place winner of the 500Y Freestyle.

Parents and attendees in the crowd visibly upset saying this was not a fair competition. pic.twitter.com/vpD5cY1z2M

When it came time for Thomas, who towered over his female competitors, the applause turned from robust to rote, with a smattering of boos.

The Penn swimmer had competed on the men’s team as Will Thomas for three years before taking a hiatus, after which he joined the women’s team as Lia. He has dominated women’s swimming throughout the year, sparking controversy over the spectacle of a man smashing records and leaving female competitors in his wake.

“There’s a man, called Will Thomas, who’s changed his name to Lia Thomas, who is competing in women’s swimming,” Kellie-Jay Keen, head of the organization Standing for Women, said to Fox News as she and others protested the rules that allowed him to compete against women.

“Women aren’t considered full humans. We can’t be — otherwise there wouldn’t be an opportunity for men to compete in women’s sports,” she said.

“This is a male displacing women,” Annabelle Rutledge, director of Concerned Women for America, told Fox News. “The female who came in second today is the real winner.”

Emma Weyant takes second 🥈 in the 500 free with the third-fastest time in UVA history – 4:34.99! #GoHoos pic.twitter.com/yRiErvzjkY

“Only women can win a women’s swimming and diving championship,” Rutledge said.

The NCAA had been offered the chance to change its rules and potentially bar Thomas, but it backed off such a step.

Lia Thomas spent 21 years of his life as a man.

He started competing against women in swimming this year and became a national champion.

Our daughter’s sports are not a plan B for failed male athletes.
pic.twitter.com/Lbtos3Ut6g

The toll of Thomas’ ability to do as he pleased regardless of the impact on others was related by a Virginia Tech swimmer who did not give her name but spoke to a podcaster in an interview shown on Twitter.

“It’s a common conception that we are all very disappointed and frustrated with someone who is — has capabilities more than us women have to be able to compete at this level and take opportunities away from other women,” the Virginia Tech swimmer said.

“I have a teammate who did not make finals today because she was just bumped out of finals — and it’s heartbreaking to see someone who went through puberty as a male and has the body of a male be able to absolutely blow away the competition,” she said.

Virginia Tech swimmer competing in this year’s NCAA championship details how her teammate was brought to tears after her place in the finals was taken by Lia Thomas: pic.twitter.com/mow56mVp1W

“Then you go into it with a mindset that you are, you don’t have a chance, if that makes sense,” the swimmer said. “Like, it’s hard to compete against someone with the aerobic capacity, the muscle development, the body of a man — it’s hard.”

She said her teammate, who was 17th in the race for 16 spots — meaning her place was taken by Thomas — was “very emotional, and it’s hard to see since it’s her last NCAAs and she really loves that race.”

“And it was just heartbreaking to see that she put all their effort into it today, and with the best time that she’d went in the morning session before, and still not make it back. It’s hard to see someone who works every day, every night, still not be able to compete against someone like that,” she said.