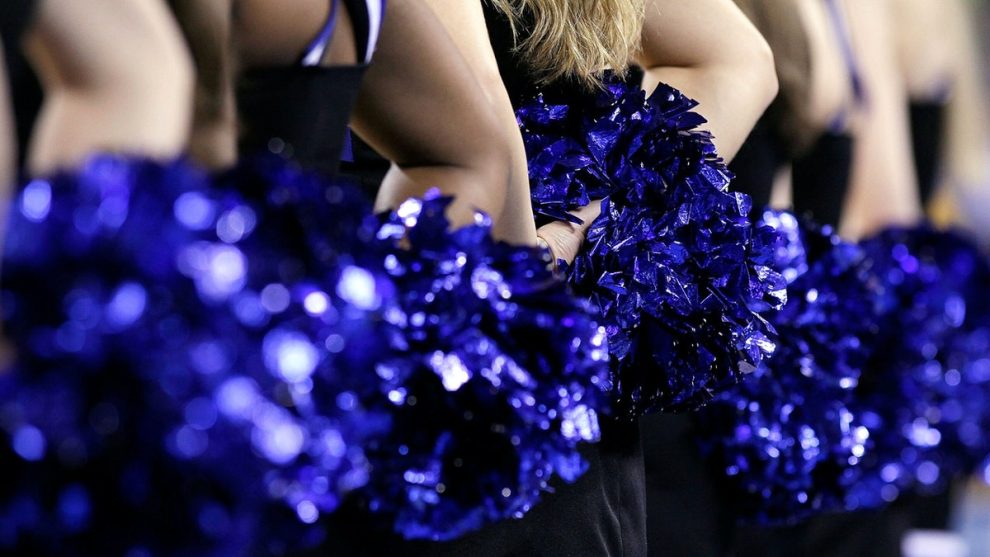 A transgender cheerleader, who is a biological male, was criminally charged last week for allegedly choking a female teammate at a cheerleading camp.

Fox News reported that the incident occurred at Ranger College in Texas after the female teammate allegedly called Averie Chanel Medlock “a man” and said that Medlock should not be on the team.

“Well guys I’m officially retired as a cheerleader as of last night at 5:30 AM. A girl on the team was being very disrespectful and told me I am a MAN with a PENIS and that [guys] should not be on the team,” the transgender cheerleader, Averie Chanel Medlock, reportedly posted on Facebook.

“I stood up for myself and she called her mom and dad because she was scared because I [stood] up for myself. Her father said, ‘she still has testosterone and a penis and I will kill anyone who comes after my daughter.’”

The report said that Medlock claimed the cheerleader made transphobic and racist remarks before the alleged incident happened and that video showed other cheerleaders hiding from Medlock.

Medlock reportedly said the alleged attack on the female cheerleader was a joke. Nevertheless, law enforcement officials charged Medlock with assault and removed Medlock from the campus.

The father of the female cheerleader who Medlock allegedly attacked is now demanding that law enforcement release all relevant video footage from the incident.

The father defended his actions in a post on social media, writing: “I ask you what you would have done when receiving a phone call at 1 o’clock in the morning from your daughter stating they had locked themselves in the room with other girls.”

The father added that he never made any remarks about Medlock’s “race or gender.”

The incident comes as the issue of biological males competing against biological females in sports has dominated news headlines for the last couple of years, including the most recent high profile case involving University of Pennsylvania swimmer Lia Thomas.

In a recent Fox News interview, University of Kentucky swimmer Riley Gaines spoke out against Thomas’ involvement in the sport, saying that when the college women competed against Thomas at the NCAA championships, they were not “forewarned” that Thomas would be sharing the locker room with them and undressing in front of them.

“People just weren’t really talking about it. And so we get to NCAAs, it was at Georgia Tech, and so we get there, and the environment is nothing like I’ve ever seen before,” Gaines recalled. “It was so, like, almost edgy. Like people didn’t really know what to say, who to say what to, how to feel.”

“This was on day one,” she continued, “and then that night we watched Lia Thomas win a national title and blow all the other females completely out of the water. And that next day we came back and the mood had shifted to where people were mad. The girls, you know, there were tears, these poor ninth and seventeenth place finishers who missed out on being named an All-American, there’s extreme discomfort in the locker room.”