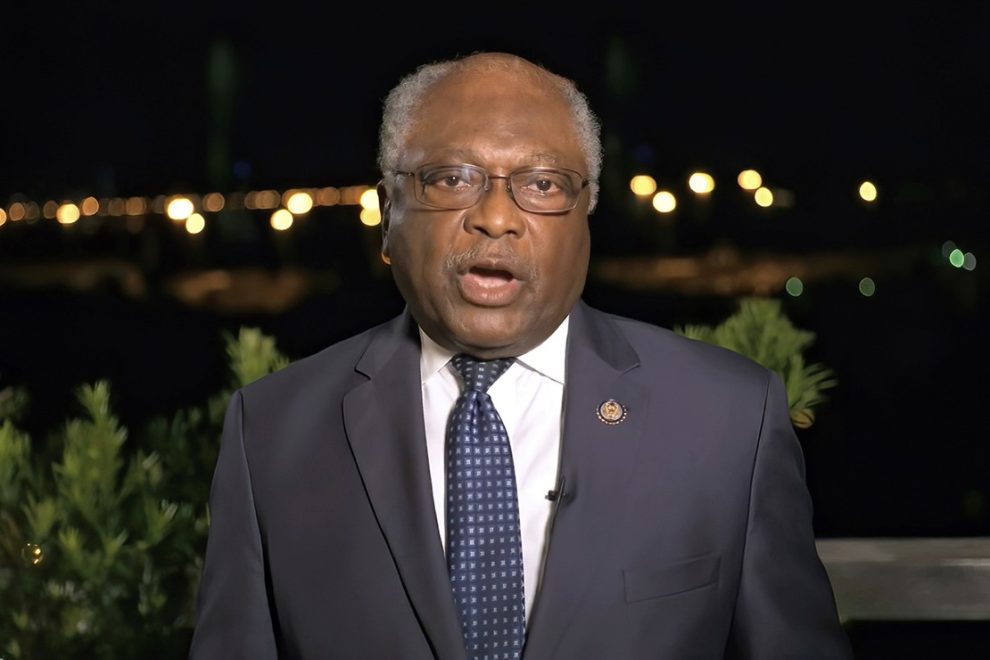 It finally hit me. For real, this time. While I’ve long believed Democrat lawmakers don’t believe for a minute the nonsense they peddle to low-information rank-and-file voters, I’ve become convinced over the last six-seven years that they mostly, if not completely, believe every preposterous lie that leaves their lying mouths.

From the “existential threat to mankind” (“climate change,” aka: “global warming”) to evil corporations and equally evil “rich” people not paying their “fair share,” to the cataclysmic crap they now spew about how America sits on the brink of Armageddon, or as the sane among us call it, Tuesday’s midterm elections, Democrats never tire of lying, nor does it bother them in the least to relentlessly do so.

The veteran Democrat lawmaker said without equivocation during this week’s “Fox News Sunday” that if the Republican Party wins the House majority, it will be “the end of the world.” Host Shannon Bream pushed back at Clyburn over his delusional claim during a “lively” discussion.

Losing this democracy could very well be the end of the world.

Bream cut Clyburn off and tied his silly prediction directly to the Democrat economy:

Okay, are you asking voters to set aside what they feel about the economy — because the Wall Street Journal’s Kimberley Strassel has this piece:

‘Voters have sat through the apocalyptic movie many times, now, and its anticlimactic ending. Besides, they’re too busy searching for small change to cover the rising grocery bill.’

So set aside the economy and worries about crime, which are at the top of all voter polls about what they’re worried about, and instead vote for you or the world is ending?

After Clyburn got up from the mat after that haymaker from Bream, he tried to recover — by lying:

“Nobody said the world is ending” — Bream cut him off and said, “You did say there, though, that it could be the end of the world.” But Clyburn lied again: “No, democracy will be ended.” Still nonsensical, but the senior Democrat continued, digging his hole even deeper.

Unless I missed something, the hyperbole came from the mouth of James Clyburn, about which he lied when confronted by Bream. The dogged host took one more shot at getting Clyburn to admit what he said:

Okay, Congressman, just to be clear, though, I want to read your quote. It says: ‘Losing this democracy could very well be the end of the world.’ That’s a direct quote from you.

Astonishingly, Clyburn was flabbergasted: “End of the world? C’mon!”

I mean, what can you say? The guy said what he said, then immediately denied saying it. After Bream gave Clyburn an opportunity to correct his lie, he claimed he didn’t say what he said, and instead dropped the Hitler card on Trump. Then, as if his appearance wasn’t already self-demolished, Bream read Clyburn the direct quote, and he went off the rails as if it were Shannon Bream’s fault.

And Democrats wonder why they’re in so much trouble. Go figure.

Amazing, wasn’t it? Of course, it wasn’t; it was par for the Democrat course.

When did you last hear a Democrat run for office based on the accomplishments of the Democrat Party? Real accomplishments — not lies or pretend accomplishments. Other than never? What we have heard and continue to hear is fearmongering and the politics of division, with increasingly reckless abandon.

On Tuesday and in 2024, we must take away their sheet music and force them to sing a different tune.