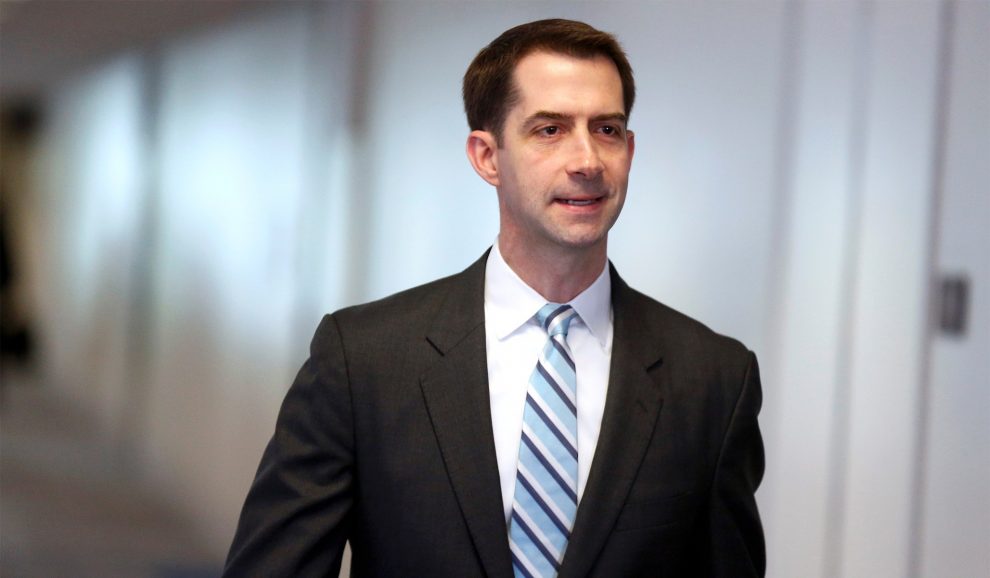 The Republican Party may be a sea of disappointment these days, but every once in a while, a member messes around and does something right. Tom Cotton did that recently with one of the most brutal, succinct smackdowns I’ve seen in a long time.

Cotton was part of a hearing on the proposed merger between grocery giants Kroger and Albertsons. Naturally, Democrats want to stop the merger because they are anti-business, and guess who Kroger’s CEO came calling for help? That would be Republicans, who have long played the sucker for major corporations.

Of course, Kroger is woke, having pushed “diversity and inclusion” training and forced “allyship” while making employees wear gay pride logos (a move that eventually cost Kroger a lot of money after the employees were wrongfully fired). In other words, they are exactly the kind of company that spits on conservative values while demanding Republicans line up to give them tax breaks.

Cotton was aware of that dynamic, and after he grilled the CEO on its woke policies, he dropped the mic with this response.

"I'm sorry that's happening to you. Best of luck."

What Cotton says in that clip is what I’ve been begging Republicans to say for years, and I mean that literally. I’ve written several pieces urging the GOP to decouple from woke corporations, making them live with the consequences of their political pursuits (see It’s Time to Call the Bluff of These Woke Corporations, Here’s How to Do It). I’m not suggesting Cotton reads my work, but it’s still nice to be on the same page for once.

There has to be a fundamental shift in the relationship between the corporate world and the GOP. That can’t happen as long as big business is allowed to promote Democrat insanity with one hand while getting benefits from Republicans with the other. Cotton is exactly right to tell Kroger’s CEO to pound sand. These mega-corporations need to learn a hard lesson, and if that means this merger doesn’t go through, so be it.

Perhaps some lessons will be learned. Namely, that going woke and doing the bidding of the left is a recipe for financial failure. But in this case, like Cotton, I’m not into instant forgiveness. Let these companies suffer under the thumb of their new friends for a while until they get the message good and hard. Then maybe, just maybe, we can talk about forgiveness. Until then, as Cotton says, best of luck.