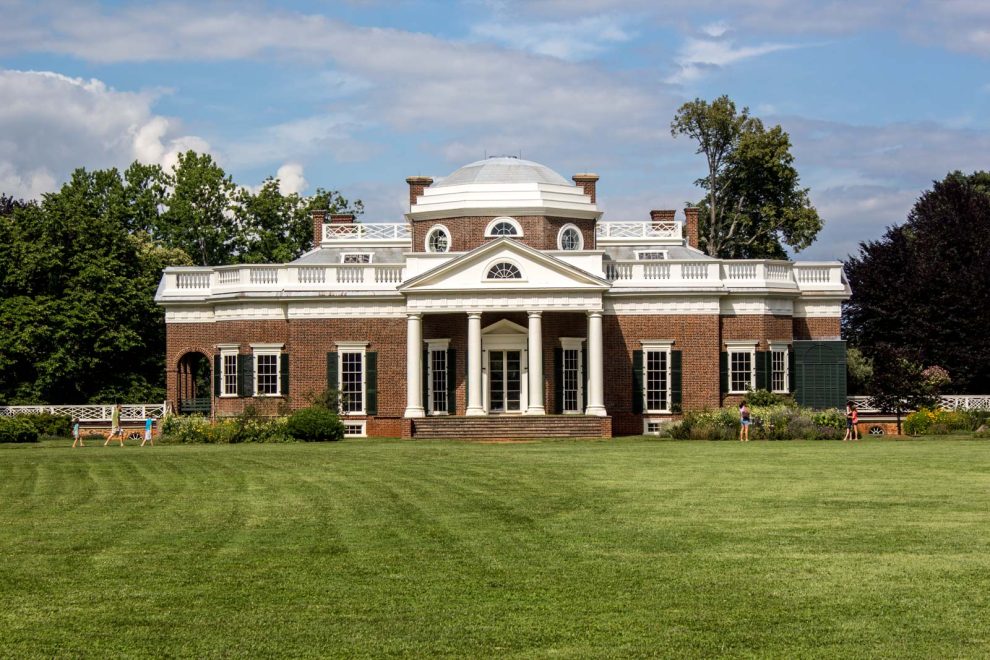 Jeffrey Tucker of the libertarian Brownstone Institute said Saturday that “the whole thing has the feel of propaganda and manipulation. People on my tour seemed sad and demoralized.” That’s exactly the goal, Mr. Tucker: make Americans sad and demoralized and vulnerable to those who would have them believe that this nation has been evil from the beginning and is in drastic need of a thorough overhauling of its political system and society in general. Tucker added that when he was at Monticello, his guide was “surly and dismissive” of Jefferson’s remarkable achievements.

Monticello is no longer about Mr. Jefferson’s achievements. According to the New York Post, Monticello’s “new emphasis is the culmination of a 10-year effort to balance the historical record, officials of the Thomas Jefferson Foundation, the nonprofit that owns the estate, have said.” “Balance the historical record”: that’s a calculated and clever way of saying “Do everything we can to denigrate Thomas Jefferson and make those who admire him enough to visit his home come out hating him.”

Accordingly, the Post reports, “visitors complain that employees go out of their way to belittle Jefferson and his life.” One visitor wrote on Facebook that “the tour guides play ‘besmirchment derby,’ never missing a chance to defame this brilliant, complex man.” Another wrote: “Always enjoyed visiting Monticello in the past. The workers are super friendly and helpful. Unfortunately on this guided tour, we were lectured more on slaves and Sally Hemmings than the man himself. Half of the comments on Jefferson were critical. I expected for, the price, to have enjoyed it more. Even my 11 yr old daughter noticed the bias. We all are aware of the tragedy of slavery during the early part of this country’s history. Please center your presentations on the man and his accomplishments rather than promoting guilt.” Not a chance.

A third visitor said: “Visited a few years ago and had a great experience and got to learn a lot about Thomas Jefferson. This time every video slandered his name and the entire focus was on his mistress. Very disappointing and shocking to see how they are trying to rewrite history to make it seem like the founding fathers were terrible immoral creatures that happened to start a country.” Ah yes, now you’re getting the idea.

At this point, Monticello might as well be renamed Guilt Plantation. The Post noted that even the ticket booth to the place gets into the act: it’s “decorated with a contemporary painting of Jefferson’s weeping slaves.” In Jefferson’s music room, “a grim modern painting of a faceless figure with a matte black head now looms over the room, positioned so that it directly confronts visitors as they enter the mansion.” This masterpiece, according to Monticello guide Susan Woodward, was “commissioned in honor of Juneteenth” and was intended to be “quite provocative.” A card next to this painting explains that its “hands and face of featureless tar” are meant to signify “the faceless lives of all who served in bondage, witnessing but never recognized.”

Meanwhile, “guides begin their outdoor tours of Monticello’s gardens and grounds by invoking the Native Americans who once lived on the land.” A placard asks: “Is ‘all men are created equal’ being lived up to in our country today? When will we know when it is?” In the gift shop, visitors can pick up books by race grievance propagandists Ibram X. Kendi and Ta-Nehisi Coates. The Farm Shop store offers five books about Jefferson’s slaves, as compared to only one about Jefferson himself.

Not surprisingly, “The Thomas Jefferson Foundation is run by a roster of big-money Dem donors and former Democratic officials.” Monticello’s descent “has largely been funded by left-leaning philanthropist David M. Rubenstein, who donated $20 million toward that effort in 2015. Rubenstein is “on the boards of the globalist World Economic Forum, China’s Tsinghua University, and the Council on Foreign Relations, among others.” Now it’s beginning to become clear why all this is happening.

The endgame is not just to make Americans despise Thomas Jefferson, but to make the average American ashamed of being American. That’s what this has been about from first to last. If the complexities of human experience have to be obliterated in the process, with cartoonish one-dimensional heroes and villains put in their place, so be it. We cannot celebrate Jefferson for all that he did to lay the groundwork for the freest society the world has ever seen. We cannot see him as a remarkable but flawed human being who was exemplary in some ways but not in others.

What’s more, the reason why the Left hates him with such burning intensity is not that he was a slave owner. Leftists love Fidel Castro, who enslaved an entire nation. They love all manner of authoritarians, totalitarians, and mass murderers. They’ve never minded the eggs that have to be broken to make their socialist omelets.

No, the real reason why the Left hates Thomas Jefferson is for all the things for which he should rightly be celebrated: Because he fought against tyranny. Because he helped create a free republic. Because he placed statements in those founding documents that would ultimately lead multitudes of the citizens of the new nation to believe that slavery was wrong and immoral and give their lives to bring about its abolition.

Jefferson is just the sort of man whom the fascist thugs of Antifa, busy smearing ACAB on the sides of buildings and hurling obscenities at police in pursuit of their vision of socialist utopia, and their moneyed backers would despise and fear. They want a docile American populace, frightened into submission to their authoritarian vision. The example of Thomas Jefferson could inspire Americans instead to pledge their lives, their fortunes, and their sacred honor to preserve our hard-won freedoms. Can’t have that. Jefferson’s name must be made anathema to Americans.