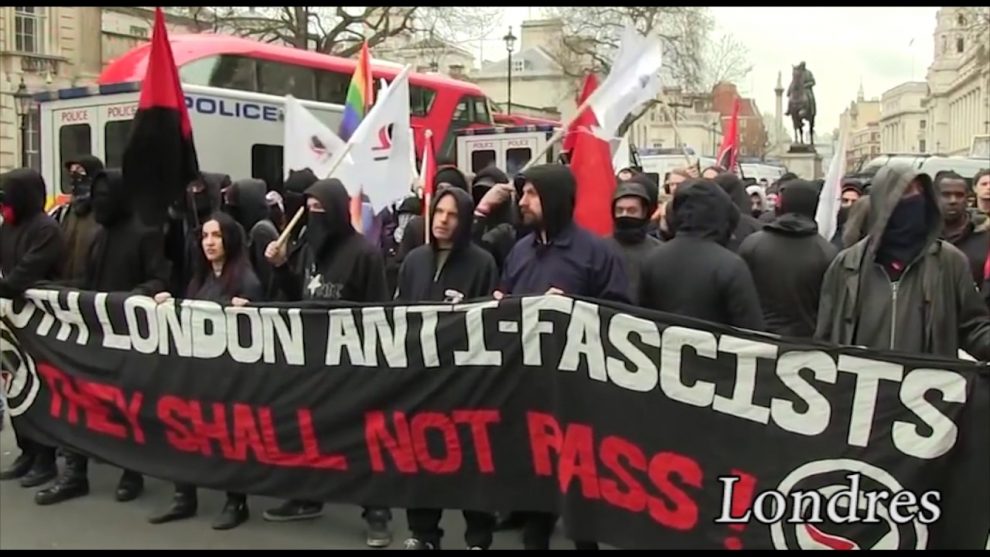 Chaos erupted on the streets of London last night as socialist anti-Brexit protestors violently clashed with police chanting slogans like “not my prime minister” and “one solution, revolution”.

Socialists, Antifa, and anti-Brexiteers took to the streets to show their disapproval of the British people’s democratic will while chanting “this is what democracy looks like”, following Prime Minister Boris Johnson’s landslide election victory over the far-left Labour Party leader, Jeremy Corbyn.

“[Boris Johnson] is a pig and I’m so ashamed that he’s the prime minister of my country, it’s disgusting and I wish him the worst, I wish him a horrible death,” said another woman.

Schiff: ‘I Would Favor Doing away with the Electoral College’ Joe Biden says only this can block him from a White House win Yelp Gets in Business of Social Justice Shaming, Will Out ‘Racist’ Restaurants

“To see working-class people care about Boris Johnson, they’re shooting themselves in the face, it’s disgusting and yeah I wish him the worst. Go fuck yourself Boris Johnson, honestly, what a cunt,” she added.

At least two protestors were arrested during last night’s protest, one for assaulting a police officer and another for brawling, the Telegraph reports.

In Breitbart London’s exclusive video, London’s Metropolitan Police are seen using their batons and throwing protestors to the ground as the left-wing mob descends upon them.

At one point, someone can be heard possibly goading the protesters, yelling “You’re not in sociology class anymore” as they jostle with police.

The protest in London was accompanied by a similar protest in Glasgow, Scottland, on the same evening.

Team Biden Has Yet to Consent to Trump Campaign’s Request for an Earpiece Check Before Debate Barrett to praise Scalia in opening hearing statement, say court should not make policy New York Times: We Have Trump’s Tax Returns

Antifa are rioting in London in response to the election results giving Conservatives a huge electoral win. It’s like what I saw in Portland in November 2016. pic.twitter.com/xeRfkPCGnA

In a speech given after his stunning electoral defeat over the 70-year-old socialist, Jeremy Corby, Prime Minister Johnson called for unity.

“To those who did not vote for us, or for me, and who wanted and perhaps still want to remain in the EU… I want you to know that we in this One Nation Conservative government will never ignore your good and positive feelings of warmth and sympathy towards the other nations on Europe,” said Johnson.

“I frankly urge everyone one either side of [an] increasingly arid argument, I urge everyone to find closure and to let the healing begin,” he added.

Speaking in May, Brexit Party leader Nigel Farage warned against the increasing violence of the left after getting “milkshaked” on the campaign trail.

“For a civilised democracy to work you need the losers’ consent,” he said. “Politicians not accepting the referendum result have led to this.”

“Physical assault is now considered acceptable — they have a view, they are right… they feel entitled to behave like this. Something has gone very badly wrong,” Farage said. 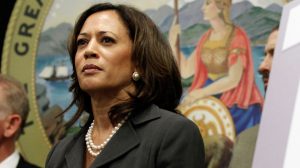 14-Year-Old Boy Brutally Attacked on Florida School Bus
Michelle Obama in Malaysia: U.S. ‘Still Not Where We Need to Be’ on Race