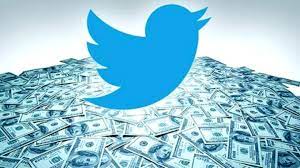 Tesla CEO Elon Musk is putting his enormous sums of money where his tweets are at.

It was disclosed on Monday that the somewhat unpredictable Musk took a 9.2% stake in Twitter. The stake — valued at close to $3 billion as of Twitter’s closing price on Friday — is defined as a passive one.

The disclosure comes about two weeks after Musk — a long-time tweeter-in-chief — questioned the speech practices on Twitter. He floated the idea of creating his own social media platform, that could perhaps rival his friend Jack Dorsey’s.

“Given that Twitter serves as the de facto public town square, failing to adhere to free speech principles fundamentally undermines democracy. What should be done?,” Musk said in the tweet.

What should be done? https://t.co/aPS9ycji37

While Musk’s stake in Twitter is passive, it could turn on a dime, said Tesla bull and Elon watcher Dan Ives of Wedbush.

“We would expect this passive stake as just the start of broader conversations with the Twitter board/management that could ultimately lead to an active stake and a potential more aggressive ownership role of Twitter,” Ives said.

The analyst reiterated an Out-perform rating on Tesla with a $1,400 price target.

Ives added, “For Tesla purposes, we view this move as Musk just further building out his tentacles and we are not worried in any way around Musk “taking his eye off the ball” with Tesla/SpaceX.”