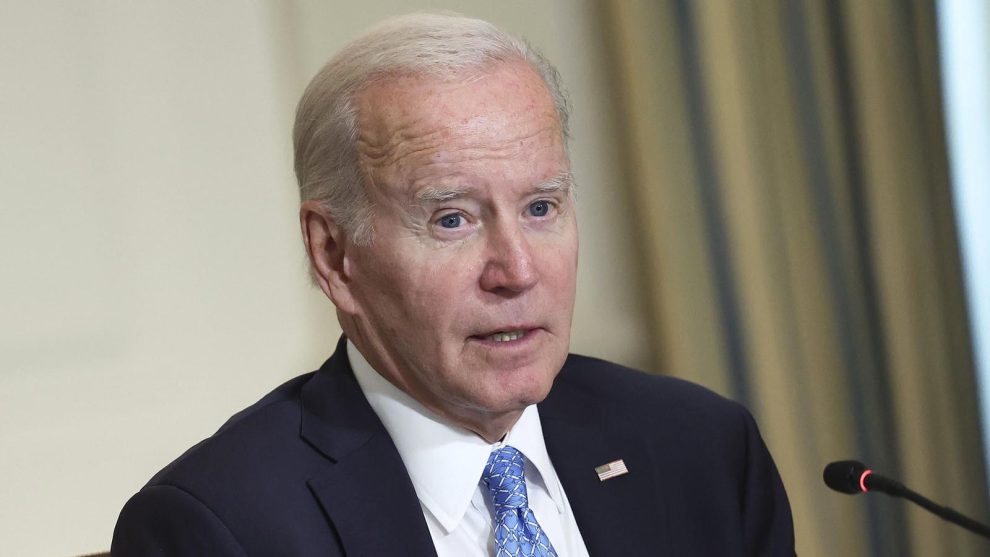 Joe Biden appeared in Puerto Rico on Monday to deliver remarks and to promise aid after the recent hurricane that struck the island. He also had some really head-scratching things to say. And while I realize that the president being senile and giving away your money is basically every other day of the week, the news is the news so let’s get to it.

Here was Biden’s opener, of which I can’t make heads nor tails of.

Biden: "My name is Joe Biden and I don't want the headline to read 'Biden brings storm to Puerto Rico' so I may have to cut this a little short." pic.twitter.com/c7GNgpJjxM

Based on his reaction, that was supposed to be a joke, but for the life of me, I can’t figure out what the punchline was. Looking at Jill Biden’s face, it doesn’t appear that she could either. The president just says random, unfunny things and looks around, expecting people to laugh. Usually, they oblige, but this instance was especially odd because there wasn’t even a semblance of an actual joke told.

In the next bit of embarrassment, Biden decided to claim that he was “raised in the Puerto Rican community at home.”

BIDEN: "I was sort of raised in the Puerto Rican community at home, politically." pic.twitter.com/sW3X3VU0sw

This is one of those instances I’ve mentioned before where the president tries to say something that presents himself as everything to everyone. One day he will claim to have been a member of the Civil Rights movement and the next, he’ll say he got arrested with Nelson Mandela after fighting a guy named Corn Pop. Oh, and he once drove an eighteen-wheeler while attending shul more than Jewish people do. Of course, none of that is actually true, which is par for the course regarding anything Biden says.

The charitable reading of his statement is that he really just meant that the Third Circuit’s physical building is in a Puerto Rican area of Philadelphia, but it’s a long way from that to being “raised in the Puerto Rican community.” Besides, there’s little evidence that Biden spent much time as a working lawyer anyway, in any context. He’s been a career politician.

The real question here is which of his handlers green-lit the telling of that tale? Because whoever it was provided the basis for Biden to concoct another false background story. It’s just not a good look, although I’ll leave open the slightest possibility that there’s more to his story that provides clarification past the president just being a liar.

Moving on, it wouldn’t be a Biden speech without bouts of confusion. At one point, he talked about New York sending a congresswoman down to Puerto Rico but also state troopers or something. Again, I don’t know what he’s trying to say.

Biden: "New York sent not only a Congresswoman one of the most congresswoman in the Congress…" pic.twitter.com/ZY2cBHmD7D

Then there was this red-flag moment where the president tried to pronounce a word in Spanish. Things did not go well.

I won’t belabor the point. The man is completely out of it and he expresses that reality every single time he gets up to speak in public. Meanwhile, his overly ambitious wife continues to shove him along even though you can read on her face that she knows exactly what’s going on. It’s just a weird scene and one that shouldn’t be lost on any American.