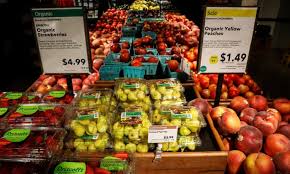 Whole Foods staff are worried that Amazon, the grocery chain’s new owner, is trying to turn them into “robots” and are seeking to set up a union to protect their jobs.

Workers at “America’s healthiest grocery store” say management is trying to cut jobs and reduce wages as they reshape the 38-year-old grocery chain in Amazon’s image.

“No one trusts Amazon and there are fears in upper management that Amazon will clean house if sales rates aren’t hit,” said one of the founders of the Whole Worker community in an interview. Staff are reluctant to speak on the record for fear of retaliation and the company has recently started training managers to fight back against union organization.

“They’re squeezing all they can out of the workers. Amazon gives little notice whenever they make changes. When they rolled in the Amazon Prime discount, they only gave stores ten to fourteen days of notice and no extra labor to handle the extra work.”

Whole Foods workers across the United States are beginning to collectively organize in an attempt to push back on changes made to the supermarket chain operations since Amazon acquired the company in August 2017.

See also  Alex Jones Ordered To Pay Sandy Hook Parents More Than $4M
→ What are your thoughts? ←
Scroll down to leave a comment: