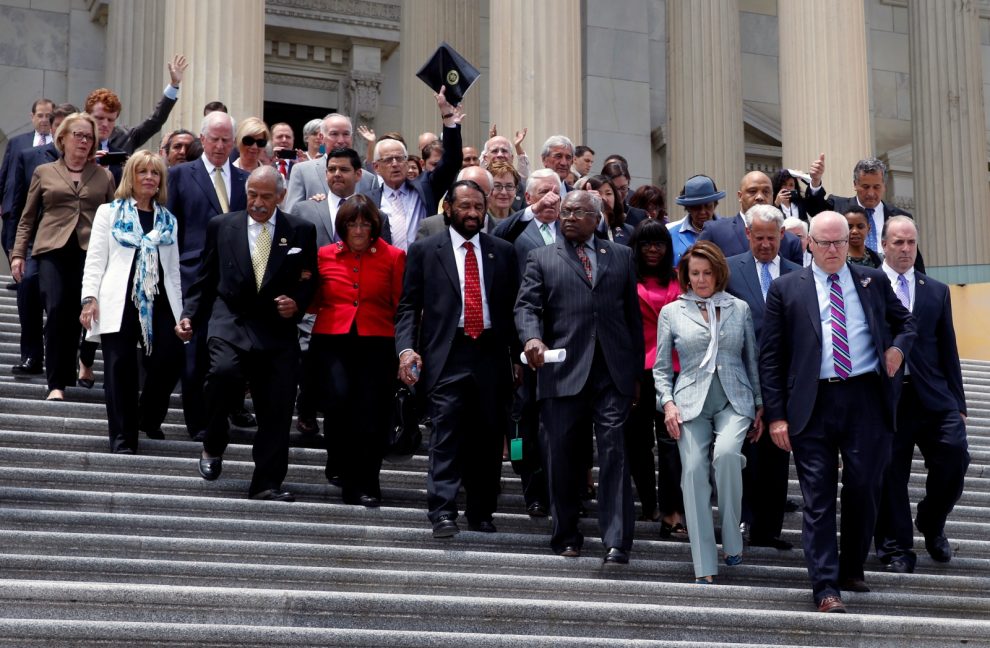 They can’t win if they don’t cheat.

House Judiciary Committee Democrats voted to support NON-CITIZENS the right to vote in our elections.

They want open elections to match their open borders.
They TRULY hate this country. The vote to insert this language that would prevent illegals from voting was shot down by Democrats in a 21 to 12 vote.

Democrats INTEND for illegals to vote in America.

NOT ONE Democrat voted with Republicans on the McClintock Amendment.

Let the whole world vote! Why not?

The historic fraud in the 2020 election wasn’t enough for these demons.

There’s no hiding it.

Of course, Trump was aware of their goals.

Trump, “The Left needs non-Citizens vote, they can’t win on the issues with American voters. In Nov, Ohio has the opportunity to stop this destructive campaign. The Citizenship Voting Requirement Amendment, will ensure ONLY a U.S. citizen is entitled to vote at all elections.”

Twitter
See also  House Democrats Now Have Donald Trump’s Taxes, Treasury Department Indicates
→ What are your thoughts? ←
Scroll down to leave a comment: