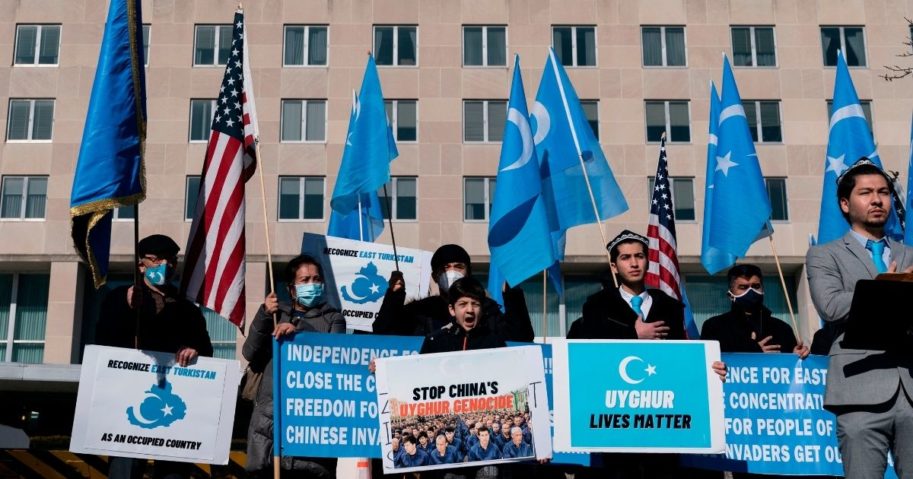 According to numerous reliable reports, the Chinese Communist Party is rounding up Uighurs — a Muslim-majority ethnic minority located in China’s Xinjiang region — and sending them to concentration camps.

Many such reports also indicate these Uighurs face forced sterilization, forced labor and re-education. Mysterious population declines also call into question whether or not large swaths of Uighurs have been killed by the CCP.

Although Biden has, on occasion, come out strongly against the genocide, at other times his rhetoric on China’s human rights violations has been seen as dismissive of the issue.

The latter was more accurate to critics of the president following some controversial comments he made during Tuesday night’s presidential town hall hosted by CNN.

When asked about the Uighur genocide during the event, Biden noted that “culturally, there are different norms” between the United States and China.

In light of his response, the World Uyghur Congress noted Biden did, in fact, later say “there will be repercussions for China.”

However, in the view of those at the World Uyghur Congress, while Biden has condemned the Uighur genocide in the past, that condemnation has appeared to be somewhat inconsistent.

“[G]iven the previous comments and statements he and his Administration made about the Uyghur issue, we think that President Biden should be consistent in his firm and clear condemnation of the Uyghur genocide,” the World Uyghur Congress told The Western Journal.

“There should be no ambiguity around a genocide.”

Biden’s condemnation of the Uighur genocide has certainly wavered in terms of intensity.

On Jan. 22, White House press secretary Jen Psaki was asked if Biden planned to uphold the previous administration’s decision to label China’s actions against Uighurs as a “genocide.” Psaki dodged the queston, instead referring to previous statements Biden had made calling China’s treatment of Uighurs “horrific,” according to Fox News.

However, back in August during his presidential campaign, the Biden campaign did, in fact, claim that China’s treatment of Uighur Muslims to be an act of “genocide.”

Nevertheless, Biden’s most recent rhetoric on China and Uighurs during Tuesday’s town hall event has left many critics worried that the president will be unable, or unwilling, to take a strong stance against China’s policies.

“I point out to [Chinese President Xi Jinping]: No American president can be sustained as a president if he doesn’t reflect the values of the United States,” Biden said.

“And so the idea I’m not going to speak out against what he’s doing in Hong Kong, what he’s doing with the Uighurs in western mountains of China and Taiwan, trying to end the One China policy by making it forceful — I said — and by the — he said he — he gets it.”

“Culturally, there are different norms that each country and they — their leaders — are expected to follow.”