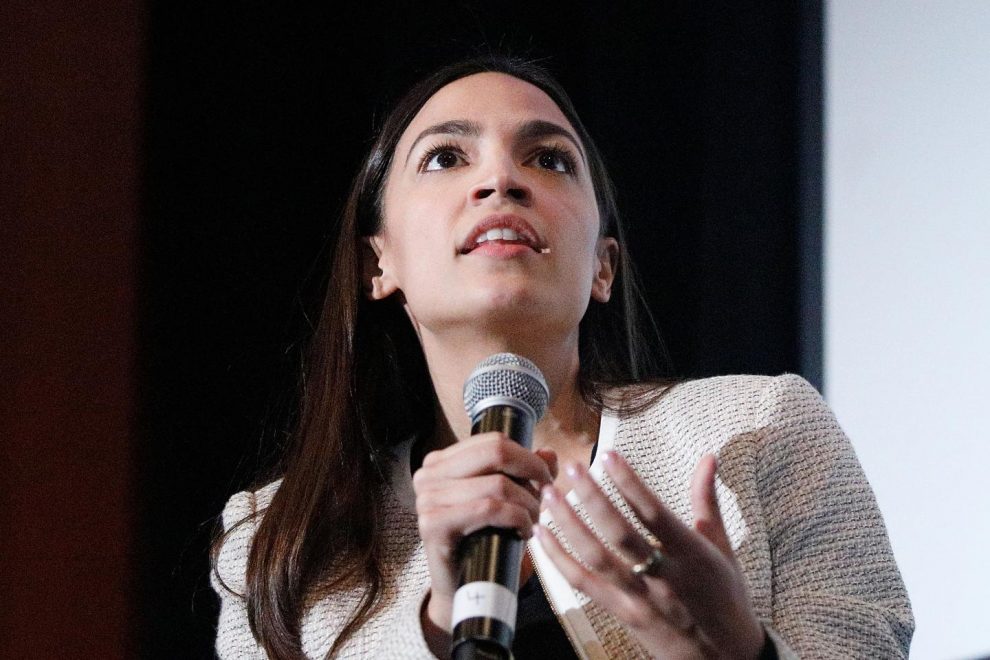 The New Zealand shooting, which left 50 people dead, is already being weaponized by the Left to pursue yet another wave of anti-gun activism. Prime Minister Jacinda Ardern’s government virtually banned semi-automatic rifles, so of course, Democrats over here were oozing with all the feelings over that. Sen. Bernie Sanders was all over it almost immediately after news of the ban was reported. There is no wiggle room in Kiwi land, folks. It’s a gun confiscation program. No grandfather clause, or anything, if you own a so-called “military-style” assault rifle (liberal speak for a scary gun), you need to turn them over. It’s trash, but it’s also a good reminder for why we have a Second Amendment to our constitution. There are some in the media who say that no one has called for a gun ban. That’s patently false. The newest to voice their gun grabbing feelings is Rep. Alexandria Ocasio-Cortez (D-NY).

You know, instead of training children, teachers, houses of faith, & concertgoers to prep for being shot, we could just:

AOC comes out in favor of banning semi-automatic firearms which make up the vast majority of legally-owned firearms in the United States. https://t.co/SUwDwV2vKh

So it’s official: You want to ban all semi-automatic firearms. https://t.co/3fjqLdjbHv

Again, the Left fails to understand basic terminology because that’s not their priority. It’s the destruction of gun rights in America. Semiautomatic is not automatic. New sales of assault rifles made after 1986 have been banned. Semiautomatic is one round per trigger pull.  So, firing an AR-15 is not different a system than when you fire a Remington 1911, Sig Sauer P226, any Glock, etc; all of which are handguns that are common for civilian ownership. There are scores of firearms that are semiautomatic. One round per trigger pull isn’t a scary, you anti-gunners. And if you didn’t wallow in ignorance on these basic terms, you would avoid looking like absolute morons. Yet, it’s all about the narrative. Facts don’t matter. I’ve also been wondering if they do know the terms. If you can semiautomatics and high-capacity magazines, which is 15 rounds or more for a liberal, than scores of handguns are also looped into the scary rifle category, though that fact falls by the wayside because the Democrats’ allies in the media will focus solely on the rifle. Handgun bans have historically been immensely unpopular, so this push kills two birds with one stone. So, keep that in mind, when the anti-gun Left puts out this trash. I know you already know this but spread the word to your neighbors. Also, AOC took this long to come out for a gun ban. That’s very low energy of her as a progressive, no?