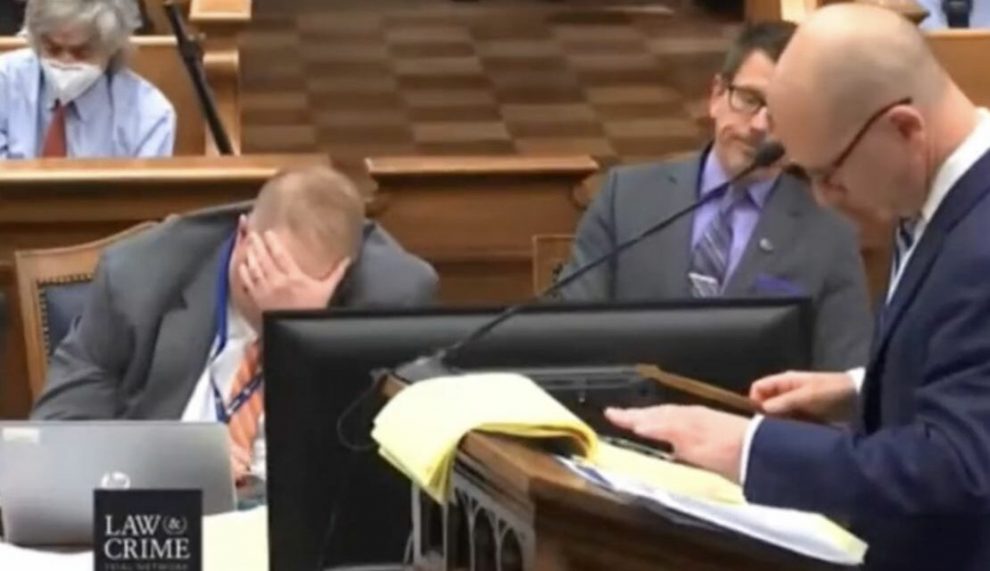 The man wounded by Kyle Rittenhouse on August 25, 2020, during the Kenosha, Wisc., riots blew up the state’s case against the accused murderer under cross-examination on Monday afternoon.

Though Gaige Grosskreutz spent a couple of hours on the witness stand, the man Rittenhouse wounded that night blew up the state’s case in one short span of cross-examination on Monday. Two other men were killed by Rittenhouse that night.

Grosskreutz was a medic and was a peripatetic protester. He lived in Milwaukee and traveled to Kenosha to continue his 75-day protest streak following the death of George Floyd and the wounding of Jacob Blake in Kenosha. He live-streamed the riots on his Facebook Live and acted as an ACLU observer. He was a trained medic and offered his services during protests when needed.

Prosecutors hoped his wounded status would amplify the importance of his eyewitness testimony, but things didn’t quite go the way prosecutors were hoping for on Monday.

He made two major admissions during his testimony that had at least one of the prosecutors holding his head in his hands.

Grosskreutz, while questioned by Rittenhouse defense lawyer, Corey Chirafisi, admitted that as a medic, he was concerned for Kyle Rittenhouse’s safety as he watched a man kick the armed 17-year-old in the head and another man slam the teen’s head with a skateboard multiple times. Rittenhouse shot and killed skateboarder Anthony Huber as he grabbed for Rittenhouse’s gun.

Grosskreutz carried a Glock pistol on him that night that was illegally concealed. His concealed-carry permit had expired.

And then Grosskreutz told the truth, and in so doing, made the second admission that blew up the state’s case.

Under questioning by the defense attorney, Grosskreutz admitted that Rittenhouse hadn’t shot him until his own Glock pistol was pointed toward Rittenhouse.

If there’s justice in the world, that would be game, set, match.

It was, legally speaking, a coup de grace. These attorneys watching the trial online reacted to the news, arguing that there “should be a directed verdict” of not guilty in the case because the protester had proven Rittenhouse’s claim of self-defense in his shooting.

Rittenhouse trial should be over immediately. pic.twitter.com/PHZnHS5rD9

If a person is in reasonable fear for his life or great bodily injury, in which he is not the initiator of the violence, he can claim self-defense.

Andrew Branca, a use-of-force lawyer who runs the Law of Self Defense website, says there five key elements in self-defense:

Innocence: You can’t have started the fight.
Imminence: You are in imminent danger of great bodily injury or death.
Proportionality: Use deadly force if you are confronted with deadly force.
Reasonableness: Were you reasonable in your reaction?
Avoidance: Run away if possible before using deadly force.
In the morning’s testimony, Grosskreutz claimed Rittenhouse “re-racked” his gun and tried to shoot him but that the weapon didn’t work. It seems that was a theory the prosecution would like to have exploited, but there has been no other testimony to back up this claim at this point.

Finally, he verified that Rittenhouse shot only when he was being attacked and then pulled the trigger only after Grosskreutz pointed his gun at him.

Although not brought up in court, Grosskreutz has a police record, including a gun charge.

Gaige Grosskreutz, the person armed w/a pistol who went after Rittenhouse & was shot in arm, says he’s a @ACLU legal observer. He has a long criminal history that includes a gun-related conviction. @DavidColeACLU, legal director, previously called for gun restrictions at protests pic.twitter.com/tyLLQZJfmY

Grosskreutz was an unabashed participant in the “demonstrations,” as he called them, and indeed picked a side. He’s featured on his live stream calling men with long guns defending a business with Rittenhouse that night “boogaloo boys” and “militiamen.” He’d never met them. 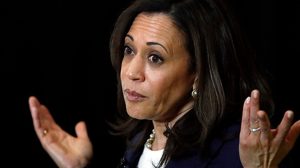 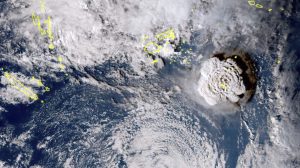 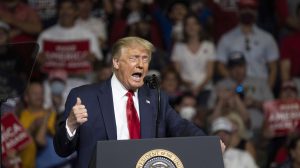