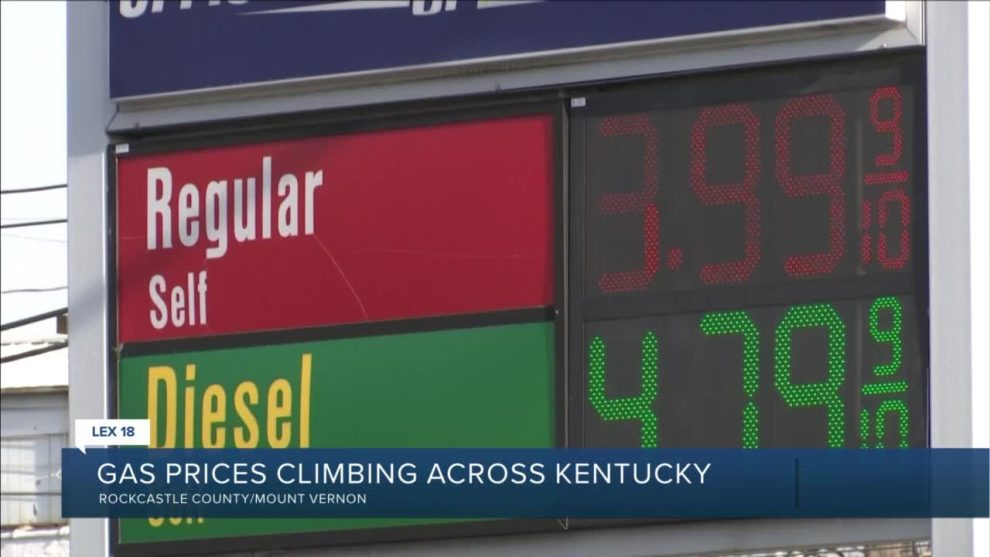 As millions of Americans feel the pinch at the gas pump and the Biden administration does nothing but pass the blame, an increasing number of citizens are frustrated with what’s going on in this country.

What better way to get the word out that there’s an alternative to the Democrats’ foolishness on inflation and energy costs than to register Americans to vote? That’s what the Republican National Committee is doing, and they kicked off a voter registration initiative at gas stations this weekend.

The Hill reports that the first voter registration event took place in the Phoenix area on Saturday afternoon, where staff and volunteers spent two hours registering Americans who are angry about gas prices.

“Arizonans are frustrated with paying the record-high gas prices we’ve seen recently, this is an issue that affects almost every single Arizonan,” Ben Petersen, the RNC’s Arizona spokesperson, told AZ Central. “There’s no doubt that everyone is feeling the pain at the pump, so a gas station right now may be the very best possible place for one of our volunteers to have a conversation with someone and get someone signed up to vote.”

“Registering someone as a Republican voter is one of the most high-impact things we can do with our ground program,” he added, pointing out RNC data that showed that 80% of newly registered Republican voters showed up to vote in their first election after registering.

These events are taking place as the Democrats continue to pass the buck on energy prices. Just this week, President Biden blamed oil and gas companies for the rise in oil prices.

Oil prices are decreasing, gas prices should too.

Oil and gas companies shouldn’t pad their profits at the expense of hardworking Americans. pic.twitter.com/uLNGleWBly

Biden has also blamed Vladimir Putin and Russia’s invasion of Ukraine for the rise in gas prices, even though they were on the rise long before Putin sent his army into Ukraine. He has even warned Americans to brace for even higher gas prices while doing absolutely nothing to give us relief from them.

Of course, high gas prices are a complex problem, and earlier this month my PJ Media colleague Athena Thorne explained the multiple factors that play into gas prices — and, unsurprisingly, many of them point directly to the Biden administration.

The Democrats have also flippantly trumpeted a refrain of, “Let them eat cake,” or rather “Let them drive expensive electric vehicles” for months now. It’s so simple in their minds — a no-brainer, really — despite the fact that the average price for an electric vehicle is in the mid-$50,000 range and many consumers aren’t looking to purchase a new vehicle anyway. The infrastructure for charging EVs over long distances is lacking, especially in rural areas, and despite the administration’s promises to build new charging stations, they’re simply not there for someone who’s looking to electric to beat high gas prices now.

Regardless of the Biden administration’s attempts to pull the wool over the eyes of the American public, smart citizens aren’t falling for it. The RNC is taking advantage of the issue, and they’ll conduct more registration drives over the coming weeks all across the country. It’s all to help set the stage for a red wave this fall.