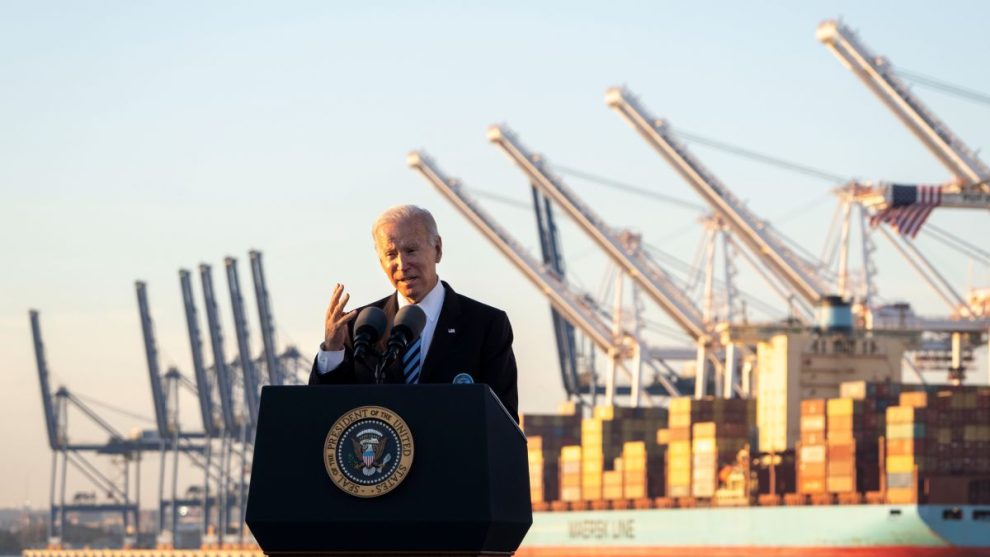 The current 7% rate of inflation is the highest it’s been in 40 years. This is very significant because it means that a large majority of Americans have never experienced inflation like this in their lifetimes.

Inflation was a fact of life 40 years ago. You expected to walk into a grocery store and see the price of an item you bought the week before a few cents higher. You expected to drive by your local gas station and see a price increase from the previous day.

“Inflationary expectations” actually contributed to the real rate of inflation. When people anticipate prices going up, businesses factor in those expectations for the future. It’s a vicious cycle, and once it starts, it’s very difficult to turn off.

This is what Joe Biden is facing in the coming months. As inflation begins to settle into the American consciousness, expectations collide with reality, and fear begins to take over.

A fearful electorate does not normally support the party in power.

The youngest voters in 1982 would be 58 today, meaning that those at their peak earning during the “stagflation” of the late 1970s and early ’80s would be about 80 years old. Most of us, in other words, have few personal memories of the phenomenon. This is why the study of history is so important, for it extends our knowledge of the past far beyond our own lifetimes and provides lessons on what to expect in the future.

Runaway inflation has rarely been seen in the U.S. and is extremely unlikely today. The Federal Reserve normally has all kinds of fiscal weapons it can pull out to fight that sort of wildly out of control inflation.

The Fed spent untold trillions of dollars to avoid a catastrophe in 2008. We still haven’t gotten a full accounting for the Fed’s activities during that time, so we have no idea what the true cost of the Wall Street bailout was.

Now Congress has spent $6 trillion so far on pandemic relief with another $2 trillion just waiting for Biden’s signature.

In short, the Fed’s ability to respond to an inflation crisis may be limited. And that matters hugely.

Of all the economic causes of social and political upheaval, inflation is matched only by the danger of rampant unemployment. Why? One reason is that at its essence, it functions as a kind of tax upon holding cash, which means it is often regressive in nature. The longer you hold a dollar, the less you can do with it. And so, it can burden those people who use most of their incomes for the sake of consumption. They must hold all their dollars until they spend them, meaning that their purchasing power goes down and down and down. And when people are no longer able to purchase the essentials of life, political radicalism is sure to follow.

Inflation can also act as a kind of mind virus that is spread from person to person. When you expect inflation to manifest or persist, you have an incentive to purchase goods and services sooner rather than later. The problem is that everybody has the same incentive, and if the quantity of goods and services remains fixed, prices will increase.

Biden’s own economic advisors are saying that inflation won’t moderate until the end of 2022 — after the election. And given their track record on inflation — initially claiming it was “transitory” and would quickly dissipate — that prediction of the demise of inflation should be taken with a large grain of salt.

More importantly than the political aspects of inflation will be its real-world effect on people living on fixed incomes. Government benefits for the poor are likely to increase, but for those on a fixed pension or social security, times are going to be very tough.

Was it avoidable? The answer the voters give to that question will determine how badly the Democrats are beaten in 2022.