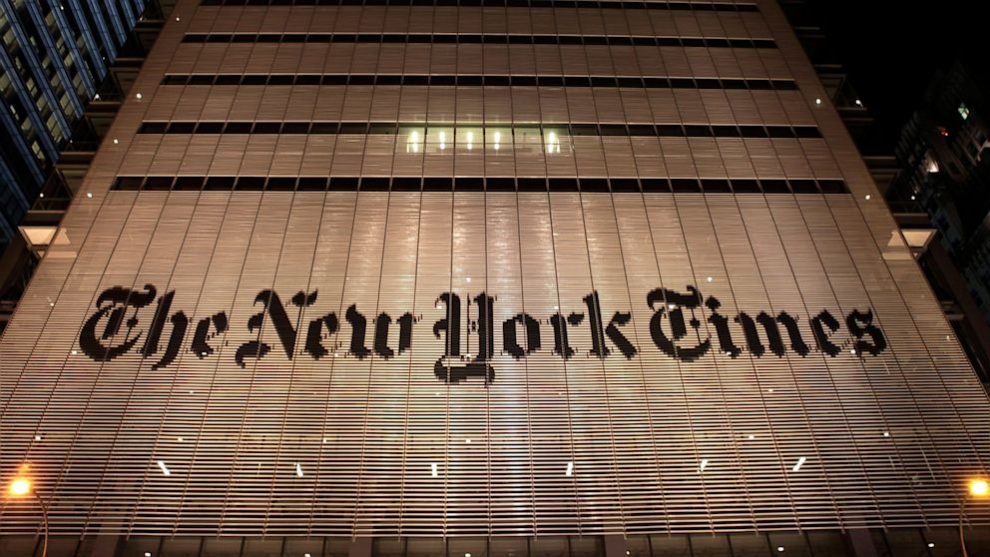 The southern border has been under constant assault on Joe Biden’s watch. The crisis has been going on for months and he has done nothing to stop it.

In response, some Republican governors have been sending migrants to liberal cities like New York and DC.

Now the liberal New York Times is blaming Republican governors for the problem instead of Joe Biden. It’s ridiculous. Look:

National media not acknowledging the "havoc" of Biden's immigration policies until it comes to New York and Washington D.C. is QUITE something.

Imagine what the tiny border towns with even less infrastructure to handle this are experiencing every day! pic.twitter.com/RndtbIjYkz

From the New York Times:

A political tactic by the governors of Texas and Arizona to offload the problems caused by record levels of migration at the border is beginning to hit home in Washington, as hundreds of undocumented migrants arriving on the governors’ free bus rides each week increasingly tax the capital’s ability to provide emergency food and housing.

With no money and no family to receive them, the migrants are overwhelming immigrant nonprofits and other volunteer groups, with many ending up in homeless shelters or on park benches. Five buses arrived on a recent day, spilling young men and families with nowhere to go into the streets near the Capitol…

“This is a crisis created by Republican leaders in other states, however, unfortunately it’s fallen on the mayor to allocate resources locally,” said Brianne Nadeau, the council member who prepared the letter.

When this was a problem for border states, Democrats and the media didn’t care.

It’s only now that it’s a problem for liberal cities that they suddenly think it’s an issue.

And the media thinks they’re going to get away with blaming Republicans?