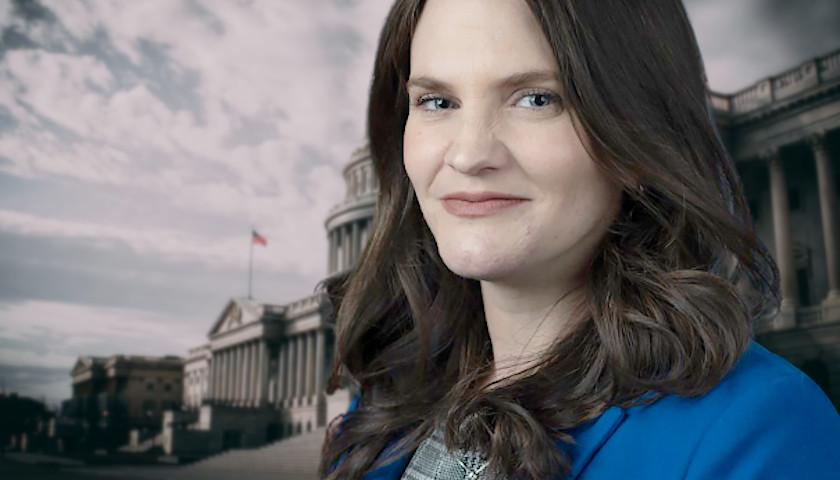 Nina Jankowicz, the self-proclaimed “Mary Poppins of Disinformation” who was up until recently supposed to become the chief of Joe Biden’s Orwellian and ominous Disinformation Governance Board, can’t seem to stop herself from stepping on rakes. She has complained, now that the Board has been “paused,” that the Board itself was a victim of “disinformation,” which casts into question how effective it could possibly have ever been, if Jankowicz couldn’t even manage to counter false statements about what it was supposed to be doing. On Monday, she made matters even worse by remarking off-handedly that the Board was meant to do something that Homeland Security Secretary Alejandro Mayorkas had said it would not be doing: countering “disinformation” not just from foreign sources, but from Americans.

Jankowicz tweeted that she was “thinking a lot the past few weeks about the paper I co-authored in the US Army War College Quarterly in 2020,” and she provided the link. “It lays out a government strategy,” she continued, “for dealing with disinformation based on 3 Cs- capability, coordination, and cooperation.” She added: “Since this piece was published in summer 2020, the spread and effects of disinformation on American society have only worsened and become entrenched in domestic politics (as the last few weeks of my life have shown).” And: “This is the type of work I had hoped to do at DHS, and the type of work the USG sorely needs to invest in. This is the type of work that I have built my career on—not a few contextless tweets. And this is the type of work I will continue in the public sphere.”

All right. So on Monday, Jankowicz would have us believe that she had hoped to spend her time as chief of the Disinformation Governance Board, which was part of the Department of Homeland Security, countering alleged disinformation that had “become entrenched in domestic politics.” Now, wait a minute. On May 1, CNN’s Dana Bash asked Mayorkas, “Will American citizens be monitored?” Mayorkas’ answer was unequivocal and reassuring: “No. The board does not have any operational authority or capability. What it will do is gather together best practices in addressing the threat of disinformation from foreign state adversaries from the cartels and disseminate those best practices to the operators that have been executing in addressing this threat for years.”

Jankowicz fired back with a claim that Bier and Blum were — you guessed it — spreading disinformation: “The thread you’re citing—which you’ve removed the initial context to—is in reference to a paper about *hostile state disinfo.* You can disagree w/ my assessment that it affects domestic politics/discourse, but the strategy described in the paper is the work I’m referring to.” Blum, however, was having none of it, responding, “I think you have a fundamental misunderstanding of what ‘context’ means. Speaking of something being entrenched in domestic politics necessarily means combating domestic sources of disinformation, which is not what you were hired to do. Not to mention that by disabling replies to your tweets, you are preventing people from introducing any context that might show you are wrong or otherwise refute your claims, so please don’t lecture me on the best practices of informational discourse, Nina.”

To that, Jankowicz replied, “Nope, it doesn’t- Take a look at the recent work to prebunk [apparently she means pre-debunk] Russian narratives about Ukraine. It focused on raising awareness of the falsities coming out of the Kremlin so Americans wouldn’t buy into them. It worked. No ‘combating’ domestic sources anywhere in the mix.” But what if “domestic sources” had repeated these allegedly false narratives? What then?

Certainly the Disinformation Governance Board was going to spend all its time countering the lies of the evil Putin, and never, ever interfering with Americans or the freedom of speech at all. Or maybe Jankowicz offhandedly let slip that what Mayorkas had said about the Board’s scope wasn’t the whole story, and then hastily had to cover for what she had revealed. How can we ever know for sure? If only we had a Disinformation Governance Board to sort it all out for us! But in the meantime, Jankowicz’s longstanding taste for repeating genuine disinformation should lead us to regard her words with more than a little skepticism.