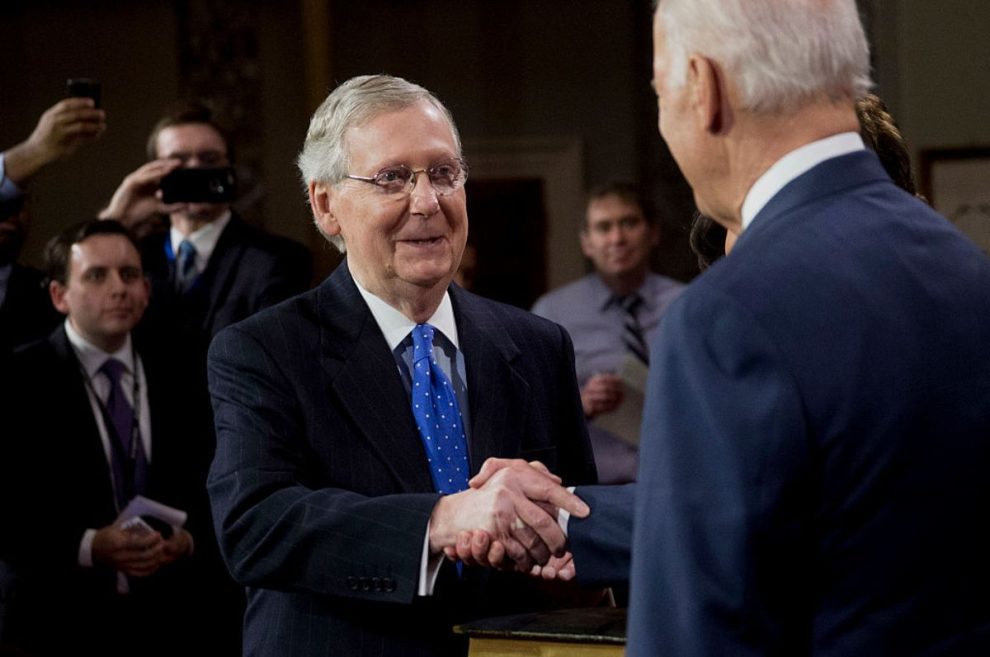 The day before the Supreme Court issued its historic decision repealing Roe v. Wade, Joe Biden struck a deal with Republican Senate leader Mitch McConnell to name Judge Chad Meredith to the federal bench in Kentucky. In return, McConnell would allow Democrats’ preferred nominees for U.S. Attorney in the state to be confirmed.

There was some complicated choreography to make the deal happen. The serving judge, Karen Kaye Caldwell, a George Bush nominee, conditioned her exit on Biden naming Meredith while Biden wanted the announcement of the U.S. attorney to be made simultaneously.

Presidents make deals like this all the time. Donald Trump nominated some moderate district court judges favored by Senate Democrats, who, as a compromise, voted to confirm the president’s conservative nominees.

But Judge Meredith is pro-life. And the White House, to its horror, realized that they were going to announce Meredith’s nomination on the same day that Roe was being repealed.

The deal has prompted fury from Democrats since it was first reported by the Louisville Courier Journal’s Andrew Wolfson and Joe Sonka on Wednesday. Kentucky Gov. Andy Beshear, a Democrat, confirmed the planned nomination at a Thursday press conference. Democratic Rep. John Yarmuth also confirmed the White House’s intent to nominate Meredith in an interview with Slate on Friday. Yarmuth described the agreement as “indefensible” and said he wrote “the strongest text message I have ever written to anybody” to a contact at the White House expressing his “outrage.”

Beshear and Yarmuth were especially frustrated because they had intended to submit potential nominees as soon as vacancy arose on the court. The White House was aware of this plan, but did not inform them that Caldwell planned to take senior status. As a result, Beshear and Yarmuth had no opportunity to make recommendations. Instead, the Biden administration coordinated with McConnell to tee up Meredith’s nomination once Caldwell announced her intent to leave the seat.

Needless to say, the left was angry and hateful.

@JoeBiden If this Chad Meredith news is true, I can no longer support you. This is exactly why we get in these situations over the last week to begin with, because Dems don’t fight hard enough, Make deals with the Devil.

What these lefties don’t get is that a federal judgeship is the coin of the realm. Sure, you want a competent, sober-minded jurist who knows the law. But that takes second place to the political capital a president gains from these kinds of deals. Biden wouldn’t have gotten what he wanted unless he appointed a McConnell-approved judge. And that means a pro-life judge.

McConnell got a much better deal out of this bargaining. The U.S. attorneys serve a 4-year term while Meredith has a lifetime appointment to the federal bench. The radical Democrats are left stewing in their own juices as their doddering old fool continues to make inexplicable decisions.