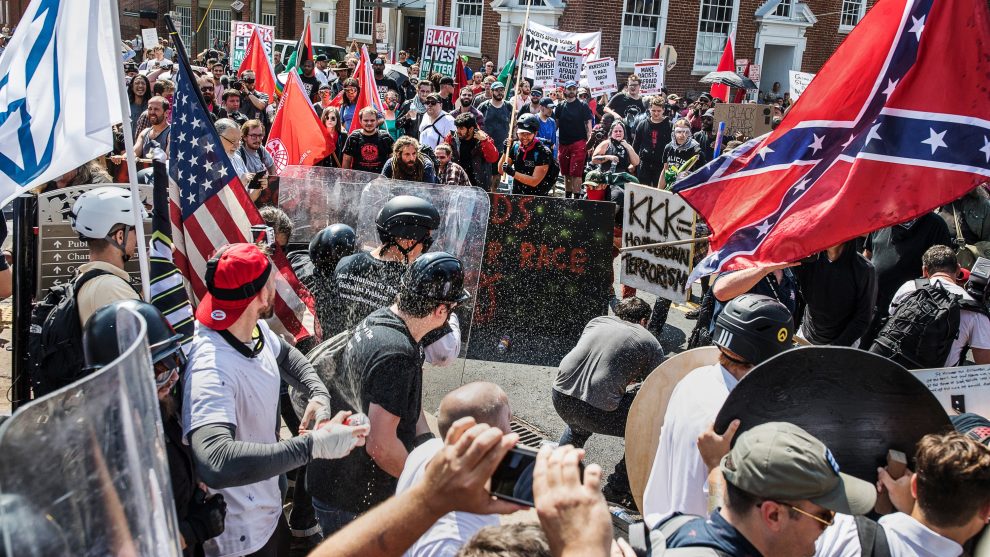 Recently, I’ve been thinking about how divergent Americans’ risk assessments appear to be—how we seem to have increasingly different ideas of what endangers us and our way of life—and that little spending parable keeps coming to mind. If we can’t agree on what risks our government needs to address, if we operate from wildly varying ideas of reality and the dangers it contains, is this the sort of compromise we’ll make, agreeing to over-regulate everything to address everyone’s (often irrational) fears?

Gun violence is an obvious point of divergence right now. In recent weeks, especially after the horrific mass shooting in Illinois on the Fourth of July, a number of writers I follow have said they regularly fear becoming a victim of a mass shooter when they go to large, public events and expect to retain this sense of panic indefinitely. One spoke of experiencing a “background fear every time I’m out in any kind of crowd, also knowing it will probably never go away.” Another, Joel Mathis, worried that these shootings will exacerbate our national epidemic of loneliness, “[b]ecause the result of mass shootings is going to be that people (many of us, anyway) are going to do everything they can to reduce the chances of becoming a target.”

I’d be pretty jumpy if I heard what sounded like gunfire at a concert. But this worry they share with–as Mathis noted–a full third of American adults has literally never crossed my mind. I know being shot in public is a possibility, I suppose, but so are all sorts of terrible and objectively uncommon things which don’t influence my decisions day-to-day. I’m not even a gun enthusiast, but our risk assessments here are very far apart.

Or what about kidnapping? The desire to protect children—from being groomed, molested, abducted, and so on—is presently an animating force for much of the American right. An acquaintance recently told me her fear that her 12-year-old son, who “looks like a full-grown man,” will be kidnapped by a stranger if she drops him off at the mall with friends. She spent her own adolescence safely wandering the mall, but she can’t shake that worry, and 25 percent of Americans likewise report being “afraid” or “very afraid” of kidnapping.

Like mass shooting deaths, stranger abductions are awful—and extremely rare. They’re the kind of edge cases which rightly provoke powerful emotions but also ill-considered legislative responses which can do more harm than good. And that’s bad in its own right, stifling ordinary life to prevent something already very unlikely to occur. But it’s even more difficult to live with if it’s based on a risk assessment you don’t share, and living in a society as historically wealthy and complex as ours creates endless possibilities for risk assessments to differ.

The pace of change in modern life brings new risks to consider, which is more difficult than simply inheriting familiar wisdom, and our fragmented media consumption means those decisions are informed by different—even competing—informational feeds. This is how we end up with large blocs of the public demanding government protection from something that other large blocs, frequently with the data to prove it, don’t see as a significant threat at all.

Recent history suggests two models for having the state address such unshared fears. The COVID-19 pandemic instantly comes to mind. Yes, the past two-and-a-half years have seen many overreaches and hypocrisies, bad judgment calls and noble lies, and an abundance of bureaucratic foot-dragging. The transit mask mandates lasted beyond all reason. School policies in much of the country were a counterfactual debacle. There’s much to critique. But as flawed as pandemic policies have been, they’ve generally—if often belatedly, and with plenty of regional variation—responded to changing conditions and new information. It’s too soon to say with confidence, but for now, it looks like irrational risk assessments have not won the day to set the policy agenda in the long term.

Contrast that with how we’ve responded to the risk of terrorism. You can fly on a plane without a mask now, but you’ll still have to take off your shoes, unpack your laptop, go through the body scanner, and maybe get groped by the TSA. A declassified report this spring revealed the CIA has for years been doing mass surveillance on Americans without warrants or oversight in the name of fighting terrorism. Just last year, the Supreme Court declined to consider a case that could have brought some transparency to the Foreign Intelligence Surveillance Court, the government’s secretive rubber stamp for spying requests. And we spent two decades on costly, counterproductive, and inhumane war and nation-building projects across the Middle East and North Africa and still maintain a significant anti-terror military presence in those regions.

Your risk of dying from terrorism in the U.S., by the way, is around 1 in 30 million each year, while risks of death from COVID differ widely but are certainly higher than 1 in 30 million. Policy will never neatly track with demonstrable risk, but are we doomed to live under the thumb of an ever-growing, excessively risk-averse state? Americans left and right are rational about some risks and irrational about others, and maybe the risk of broad and overcautious risk policies is one we should take more seriously.