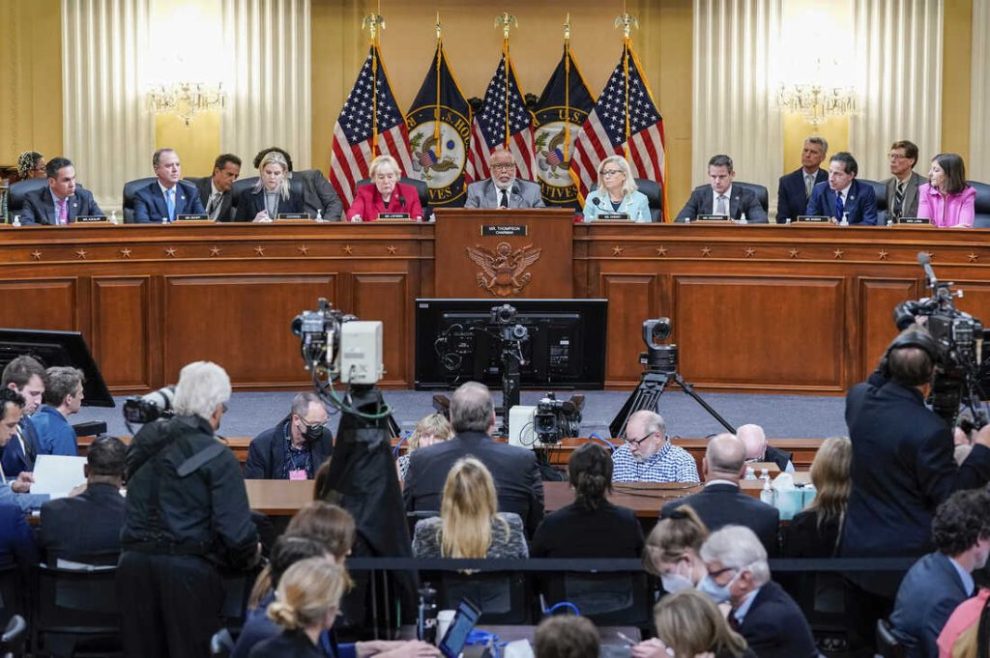 The January 6th committee held another “primetime” hearing on Thursday evening, an event I was admittedly unaware of until I started seeing people comment on social media about it. These things are becoming less and less newsworthy, operating more as a coping mechanism for liberals, never seeming to actually move the ball forward.

Perhaps that’s because there’s no ball to actually move forward? The January 6th committee began with a promise to provide evidence of a “seven-step” plan by Donald Trump to organize and execute the unrest that day with the express purpose of overthrowing the government. The latest hearing, which my colleague Nick Arama touched on in the aftermath, didn’t even attempt to prove that theory.

What we got was more random emotional dredge tossed against the wall in hopes of getting people to think, “Man, this was really bad.” But again, the stated purpose of this committee, which is being paid for by taxpayer money, was to prove a seditious conspiracy. Instead, Rep. Liz Cheney and crew spent the evening talking about the stunning revelation that Josh Hawley jogged through a hallway.

Sen. Josh Hawley (R-MO) — who raised his fist in support of the Capitol insurrectionists earlier in the day — runs for his life from the rioters inside the building in never-before-seen video. pic.twitter.com/GU1L8ttN8u

That video was the most viral thing that came from the hearing. Journalists rushed to share it with snarky commentary. Case closed, I guess. Clearly, Josh Hawley jogging through a hallway shows that Donald Trump organized an insurrection. In actuality, it doesn’t show that at all, and the only purpose of the video is to try to embarrass Hawley for political gain, accusing him of fist-pumping at the “rioters” before tucking tail and running away.

Of course, there’s no context offered for why Hawley was jogging down the hall. Was he ordered to by Capitol Police? That seems likely given the situation, but such context is unimportant to a committee

Another big “revelation” was a text message sent by Tim Murtaugh, a former Trump aide, accusing the then-president of not taking responsibility for riling up the protest crowd (Trump had spoken a mile away at a much larger protest before a splinter group of several hundred went to the Capitol). One MSNBC legal analyst called the text the “whole case.”

Whoa!! That Tim Murtaugh text is THE WHOLE CASE.

So let me get this straight. The “whole case” that Donald Trump organized and executed a coup is that one of his aides believed he “lit” the crowd that ultimately got out of control? That’s the whole case? Does Phang not realize what she’s admitting in stating that? Namely, that there is no case at all?

Never mind that Murtaugh was opining under the false impression that the crowd had killed a Capitol Police officer. Months later, despite the media pushing the lie without question, it was revealed that Brian Sicknick (the officer in question) died of a stroke a day later. The medical examiner found no evidence he was assaulted, bear sprayed, or otherwise given any injury that led to that condition.

Putting aside any personal sympathy I may have for how they felt in the moment, in the context of the January 6th committee, my response is “So what?”

Really, not to come across as harsh, but what does the fear of people in the Capitol that day have to do with the committee’s stated purpose of providing evidence of a supposed “seven-step” plan to violently overturn the election? Again, you can have sympathy for those who were fearful that day, but that isn’t relevant at all to prove the central thesis put forth by the committee.

So why does the committee keep batting around on the margins, steadfastly not offering anything of substance that might justify its existence? The answer is simple: There is no compelling evidence that Donald Trump actually organized and executed a violent insurrection on January 6th.