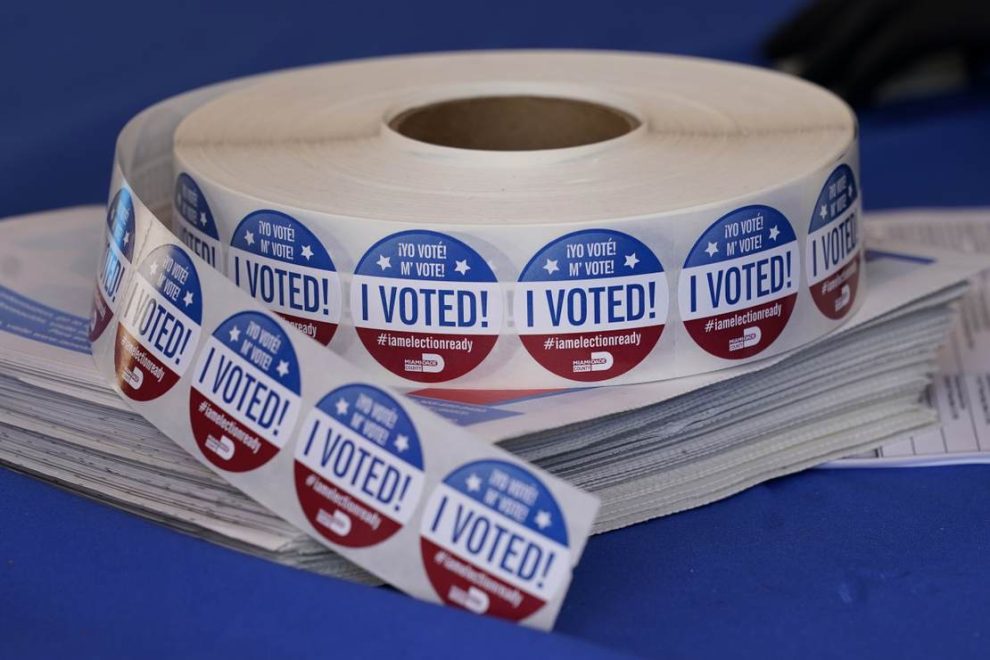 You might have noticed in the last couple of weeks that there’s been a concerted effort to portray the political landscape in the best possible light for Democrats.

Things really aren’t that bad. Or are they?

It’s little more than wishful thinking to say that Democrats’ chances of staving off disaster in November are improving — except among the political class. There, it’s becoming the gospel.

Gas prices are falling! Abortion! Abortion! GOP Senate candidates are weak and/or in trouble! Democrats are outraising Republicans by a wide margin! And don’t forget the January 6 hearings!

A drowning man grasps at whatever life preserver is available — including that shark fin circling him in the water. But from top to bottom and both sides against the middle, there is no evidence that Democrats are getting any closer.

But, have things really improved for Democrats? The most recent polls measuring the generic preference for Congress have shown a Democratic advantage of anywhere between 4 to 6 points. Overall, the generic ballot average in RealClearPolitics is a narrow R+2.2. So, suppose you compare Biden’s net job approval rating of -17 (39 percent approve minus 56 percent disapprove) to Republicans’ one to two-point advantage on the generic ballot? In that case, it looks as if Democrats are outpacing the president by 15 to 16 points. But, what if you looked at Biden’s overall job approval number (39 percent) and compared it with the vote share a Democrat is getting in the generic ballot (43 percent). Looking at it that way, a Democrat is outpacing Biden by a much smaller 5 points. And historically, that’s about the average margin that candidates of the in-party have been able to over-perform the president.

Indeed, you can’t overlook the fundamentals: Biden’s miserable job approval numbers; the right track/wrong track number, which is 75 percent of the nation believing we’re on the wrong track; and the lopsided GOP advantage among independent voters.

Robert Blizzard, a partner at the GOP polling firm POS, did some number crunching of his own this week of the 2010, 2014 and 2018 midterms and concluded that “on average, running 5-6 points ahead of Biden is fair game, but more than that is very unlikely.”

So, let’s now apply this framing to the latest Georgia Senate poll taken for the AJC. Democratic Senator Raphael Warnock leads Republican Herschel Walker 46 percent to 43 percent in that poll. Warnock’s 46 percent is a full 10 points higher than Biden’s anemic 36 percent job approval rating in the state. But, compare Warnock’s vote share to the generic Democratic vote in the state (41 percent). Once again, we get to 5 points. This is driven by fact Warnock has consolidated Democrats. Among Democrats in the poll, 94 percent are voting for Warnock. Biden’s job approval rating among Democrats in the state is an anemic 73 percent.

But, coalescing the Democratic base in a swing state won’t be enough to win. Democratic candidates will also need a certain percentage of independent voters to support them. And, those independent voters not only deeply disapprove of Biden, but they are also more focused on the economy and inflation.

You can’t blame Democrats for grasping at straws. For others — the professionals who know better and can read the tea leaves as well as Republican politicos — it’s a matter of energizing their voters in order to avoid the kind of Democratic wipeout that happened in 2010.

Whether it’s a mirage or delusional thinking hardly matters. All indications are that Democrats are going down to defeat in the midterms next November.