What started as banter between Hogg and LeGate on Twitter Feb. 1 is now becoming reality. Hogg and LeGate are using their social media platforms to solicit business advice, recruit personnel and provide a plethora of updates on the process. Many of the particulars about Hogg and LeGate’s company remain up in the air, but LeGate and Hogg announced the name of their newly-formed company, Good Pillow, on Tuesday, according to the Washington Post. In the past, Hogg organized boycotts against MyPillow because Lindell, a supporter and friend of former President Donald Trump, advertises on Fox News.

I'm considering launching a MyPillow competitor with better made pillows, made in America, and at a fraction of the price. The company would use funds to support democratic & social causes. Thoughts??

LeGate initially tweeted Feb. 1 that he was “considering launching a MyPillow competitor” and that the “company would use funds to support democratic & social causes.” Hogg replied the company should be named “our pillow because we’re all ‘socialists.’”

Minutes later, Hogg hinted that he and LeGate were working together on something in another Tweet.

Y’all I can’t wait to see what @williamlegate and I got comin up in the next couple months.

LeGate then proceeded to tweet out he was “Looking to hire a consultant with experience in the United States manufacturing industry who can refer me to – and help coordinate – the manufacturing of a high-volume of union & sustainably-made, rectangular neck rests for bedtime sleep.” Hogg quote tweeted LeGate, soliciting applications on “a fun project” the two were working on.

If you are qualified please apply !

Hogg then posed a “Random question” on his Twitter, asking followers what complaints they had with their own pillows, and received 1.3 thousand replies.

After a number of other tweets soliciting personnel, the supposed company’s values, and interest from investors and customers, Hogg and LeGate officially announced they were starting a pillow company. Hogg tweeted the pair had chosen a name and bought a website on Feb. 5.

We picked a name and bought a domain

Can someone from the @AFLCIO please contact me ASAP dm me thanks.

“I NEED A UNIONIZED PILLOW MANUFACTURER IN THE US” Hogg tweeted on Feb. 4. “We’re having a hard time finding one,” he added.

I NEED A UNIONIZED PILLOW MANUFACTURER IN THE US

We’re having a hard time finding one

If you know one PLEASE dm

At one point, Hogg proposed having laid off Theatrical Stage employees make the pillows.

@UFWupdates connects us with unionized, ethical and sustainable sourcing.

The day prior, Feb. 7, Hogg sought advice on Twitter about the best states to start a business in, “that are not California.” Hogg said he wanted to stay out of California because he wanted his “employees to have the biggest bang for their buck housing in CA for example is unbelievably expensive even for people making what would be considered more than a living wage in many other states.”

What states would you say are the best to start a business in and why so?

Ideally, Hogg tweeted, the new pillow company would be headquartered in a “500 mile circle” around Memphis, Tennessee, which is inside one of only three Tennessee counties that voted for President Joe Biden in the 2020 election, according to Politico.

Hogg announced on Twitter that he and LeGate had possibly found a manufacturer to meet their needs on Feb. 8.

Some Twitter users made fun of Hogg and LeGate’s promulgation of lofty company ideals before having more concrete plans. “A recovering crack addict and batshit crazy dude who believes lizard cannibals from Venezuela stole the election from Trump has figured this out but Harvard here can’t,” journalist Stephen Miller tweeted.

A recovering crack addict and batshit crazy dude who believes lizard cannibals from Venezuela stole the election from Trump has figured this out but Harvard here can't. https://t.co/5HZ13LmBEI

Hogg and LeGate have tweeted about a number of goals their company hopes to reach. Hogg tweeted that the company will have a “chief progressive officer to have an overview of the company and its actions to make sure every decision we make is within our strict ethical requirements.”

We WILL have a chief progressive officer to have an overview of the company and its actions to make sure every decision we make is within our strict ethical requirements for worker protections, sustainability, honesty to our customers and more.

LeGate has tweeted that the company will build a company board “which will be largely composed of biz leaders in under-represented groups.” Hogg has since announced on Twitter that Nadine Smith, Brandon Wolf and pollster John Della Volpe will hold positions on the company’s advisory board.

David & I are in the process of building a governing Board of Directors which will be largely composed of biz leaders in under-represented groups – women, people of color, sexual orientation, etc.

Should be finalized by end of week.

The pair announced their new company would be called Good Pillow on Tuesday through the company’s new twitter account that included a letter addressed “To The Future.”

Welcome, team!
I’m so excited to share this important update on our progress. Thank you for turning our dream into a reality.

The hashtag #GoodPillow quickly began trending, and eventually made its way to #1. Hogg tweeted that the waitlist for the pillow has over 16,000 sign ups on the company’s fledgling website.

Part of the impetus for starting a rival to MyPillow, according to Hogg and LeGate, is so they can leverage the company to push progressive causes and Democratic congressional candidates. However, Hogg tweeted that “this may or may not happen.”

This may or may not happen — need to talk to the lawyers https://t.co/BRgOJnRkLs

“Good for David Hogg trying to make a pillow,” Lindell told the Washington Post in a phone call Tuesday. “As long as he doesn’t infringe on people’s patents, good for him,” Lindell added. 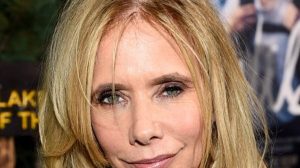 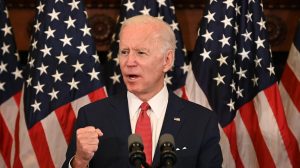